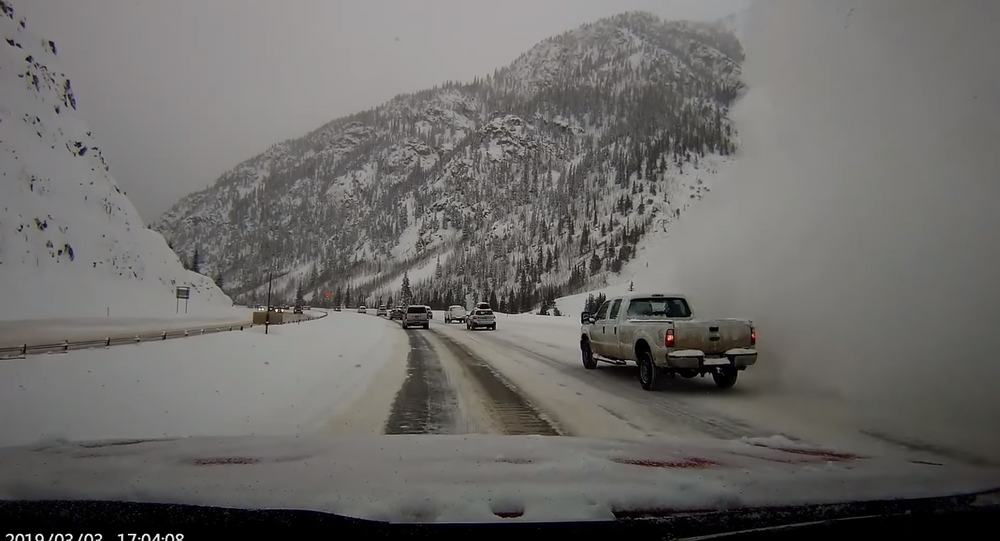 No Turning Back: Series of Avalanches Trigger Highway Closures in Colorado

What a way to start the week!

On Sunday, a mix of excessive snowfall and aggressive westerly winds made for "dangerous avalanche conditions" that shut down sections of Colorado's Interstate 70 for approximately three hours, according to FOX31.

Motorist Jacob Easton was able to capture what the Colorado Department of Transportation deemed a "natural avalanche" an estimated two miles from Copper Mountain ski resort.

"It's exciting, but pretty nerve wracking, because you don't know when it's going to stop," Easton told FOX31, recounting the unexpected hazard.

The interstate did not receive enough snow to prompt closures in the area seen above, and Colorado's entire northeast region remains under an "Avalanche Warning" by the NWS until 6 p.m. MST Monday.

Despite several avalanches recorded since Sunday, Colorado State Patrol Trooper Tim Schaefer clarified to the Denver Post that "here were no cars buried. No injuries."