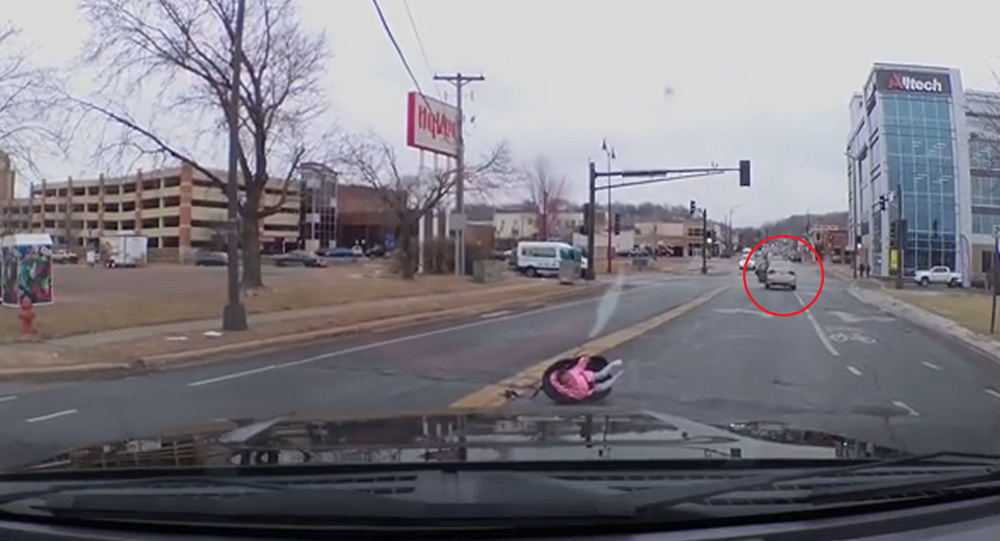 Toddler Unscathed After Being Launched From US Mother’s Car

A wobbly car seat is one thing, but how exactly did the door come open?

Netizens were left with a plethora of questions Wednesday following startling footage showing a two-year-old child and her car seat being thrown from her mother's vehicle in Mankato, Minnesota.

With the Facebook video gaining an enormous amount of views (now over a million) from concerned social media users, Mankato Free Press put some at ease in confirming the child was uninjured following what is considered to be an accident.

"As I was coming up to the corner, I noticed a car going around the corner and something fell out," Chad Mock, the first individual seen running to the toddler's rescue, told Minnesota's Fox 9. "As I got closer, it looked like a doll — possibly a doll in a car seat."

"She was pretty hysterical as, obviously, a mother would be in that situation," he said, adding that the child herself was surprisingly calm and "not crying."

Police Commander Dan Schisel announced to reporters that negligence may have led to the child's seat being improperly secured. It is still unclear, however, how the door was opened, and Mankato police recommend that the Blue Earth County Attorney's Office level charges against the mother for child endangerment and failure to fasten a child restraint.

Good Human! Cat Trapped in US Wildfire Thanks Rescuer