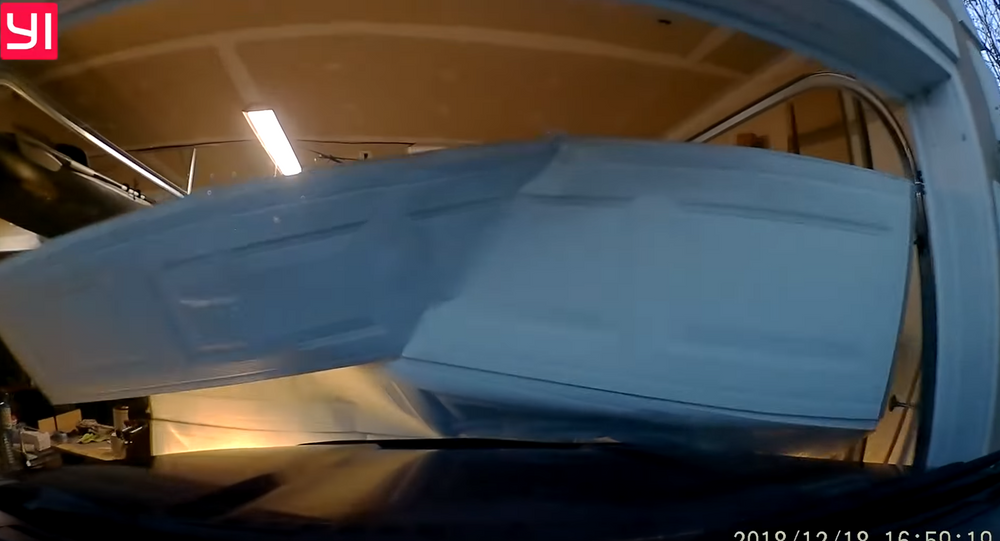 Long Road Ahead: US Teen Breaks in Driver’s Permit and Parents’ Garage Door

At least the groceries are closer to the door!

Pulling into the driveway after a successful outing with his father and brother, the 15-year-old mistakenly clips the gas and, instead of bringing the vehicle to a stop in front of the house, launches the truck straight through the garage.

Though the father was understandably peeved at the accident, he wanted to make sure Viral Hog informed its viewers that the scratches sustained on his "2016 Ford F-150" would be buffed out.

No word on whether the teen has approached a garage since.

‘Only in DC’: Teen Spotted Clinging to Bus Chugging Through US Capital

WATCH: US Teen Forced to Cut Dreadlocks In Order to Compete in Wrestling Match