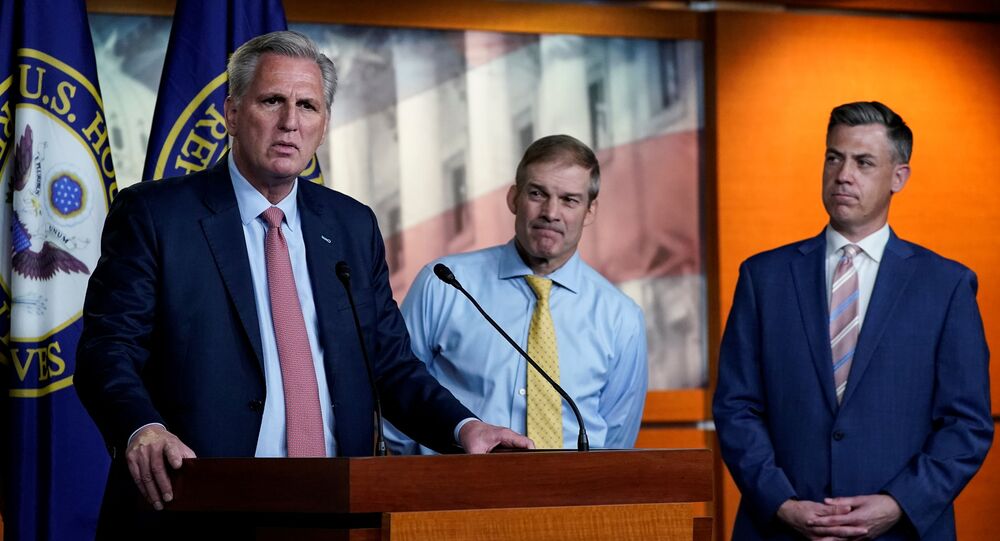 On Wednesday, House Minority Leader Kevin McCarthy (R-CA) declared that he would rescind all five of his recommendations for the chamber's special committee tasked to probe the January 6 riot, unless House Speaker Nancy Pelosi moved to accept Reps. Jim Jordan (R-OH) and Jim Banks (R-IN). Pelosi cited probe integrity as the reason for her rejection.

House Speaker Nancy Pelosi told reporters on Thursday that legislation allowed her to block two of McCarthy's nominations for the special committee probing January 6, despite the minority leader threatening to withdraw all five of his nominations in response.

Pelosi emphasized once more that she believes Reps. Jordan and Banks would taint the "integrity" of the Jan. 6 Commission, and their rejections from the group stand.

"While this may be unprecedented, so was an attack on the Capitol," Pelosi said.

The House speaker claimed she was "deadly serious" about her move, which was in opposition to those who urged her to approve the lawmakers.

"Why should we waste time on something so predictable? The Republicans [McCarthy] puts on will have their own point of view," Pelosi said. "Nobody is saying that [there should be] all one point of view."

The House speaker's decision means that all five recommendations will be withdrawn, per McCarthy's threat on Wednesday.

"Unless Speaker Pelosi reverses course and seats all five Republican nominees, Republicans will not be party to their sham process and will instead pursue our own investigation of the facts," the minority leader said, branding Pelosi's move as "an egregious abuse of power."

At the same time, Rep. Liz Cheney (R-WY) has been appointed to the 13-person committee by Pelosi, and reports have emerged suggesting Pelosi may appoint Rep. Adam Kinzinger, another anti-Trump, conservative values-driven Republican.

the fact that Cheney and Kinzinger embrace reality/tell the truth may make them outcasts within GOP caucus, but they are still Republicans

Cheney and Kinzinger are both among the House Republicans who voted in favor of the committee's formation.

Speaking to reporters on Wednesday, Cheney declared that she agreed with Pelosi's decision to reject her two Republican colleagues because McCarthy "has attempted to prevent the American people from understanding what happened -- to block this investigation."

© REUTERS / Evelyn Hockstein
Representative Adam Kinzinger (R-IL) speaks to the media as he arrives on Capitol Hill in Washington, U.S., May 12, 2021

The minority leader has also declared that the GOP is prepared to carry out their own investigation into the Jan. 6 attack on the Capitol. McCarthy and other Republicans have argued that the probe should focus on why the US Capitol was not properly secured on Jan. 6, despite reports claiming law enforcement had information leading up to the attack.

Presently, the group consists of Cheney and seven Democrats. Pelosi has said that she envisions having a "bipartisan quorum," but no further appointments have been announced.