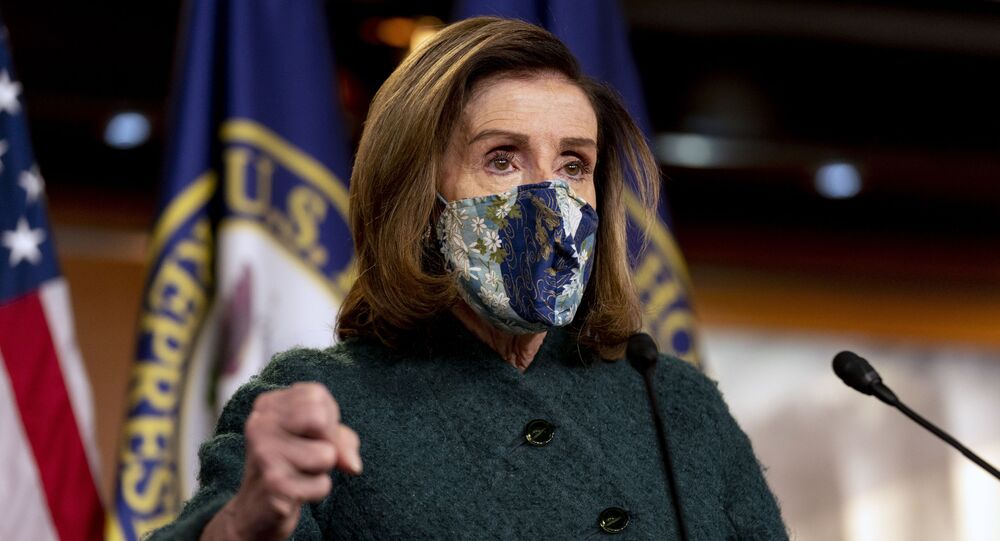 Rep. Kevin McCarthy (R-CA), minority leader for the US House of Representatives, said on Monday that he had recommended five GOP lawmakers to join the House-approved commission on the January 6 riot at the US Capitol building. McCarthy's selection included Rep. Jim Jordan (R-OH), who openly opposed legislation on the bipartisan group's formation.

House Speaker Nancy Pelosi (D-CA) detailed in a Wednesday news release that, despite McCarthy's recommendation, Jordan, as well as Rep. Jim Banks (R-IN), would not be approved to serve on the Select Committee on the January 6th insurrection.

"I have spoken with him this morning about the objections raised about Representatives Jim Banks and Jim Jordan and the impact their appointments may have on the integrity of the investigation," the House Speaker said in a quoted statement.

Of the 13-member commission, eight individuals will be appointed by the House speaker, while the House minority leader may select five members to be considered for the group.

Pelosi notably tapped Rep. Liz Cheney (R-WY) earlier this month as one of her selections for the commission. Between the presumed six Republicans and seven Democrats on the panel, the commission will have a "bipartisan quorum."

© REUTERS / Jonathan Ernst
U.S. Representative Liz Cheney (R-WY) listens to a reporter’s question as she departs after meeting with fellow Select Committee to Investigate the January 6th Attack on the U.S. Capitol members and House Speaker Nancy Pelosi (D-CA) at the Capitol in Washington, U.S. July 1, 2021

The House speaker made multiple references to the "integrity of the investigation," but stopped short of explicitly enumerating her concerns about Banks and Jordan.

"Speaker Pelosi just admitted the obvious, that the Jan. 6 Select Committee is nothing more than a partisan political charade," Jordan tweeted in response to the House speaker's statement.

Banks issued a similar statement, dubbing the commission "a purely partisan exercise by the Democrats ... Nancy Pelosi’s rejection of me and Jim Jordan shows once again she is the most partisan figure in America today."

McCarthy also weighed in on the matter, telling reporters that Pelosi was carrying out an "egregious abuse of power" that "will irreparably damage this institution."

"Unless Speaker Pelosi reverses course and seats all five Republican nominees, Republicans will not be party to their sham process and will instead pursue our own investigation of the facts," McCarthy threatened.

© REUTERS / Elizabeth Frantz
U.S. House Minority Leader Kevin McCarthy (R-CA) announces the withdrawal of his nominees to serve on the special committee probing the Jan. 6 attack on the Capitol, as two of the Republican nominees, Reps' Jim Jordan (R-OH) and Jim Banks (R-IN), standby during a news conference on Capitol Hill in Washington, U.S., July 21, 2021

Jordan, a staunch supporter of former US President Donald Trump, and Cheney, a conservative values-driven GOP lawmaker who has critiqued 45's actions on January 6, represent two dominant factions of the Republican Party.

Late last month, Jordan, as well as other Republican heavyweights like Senate Minority Leader Mitch McConnell (R-KY), declared there are bigger issues for lawmakers to tackle. Jordan has also suggested that the commission would devolve into the third impeachment of Trump.

Days after her GOP colleagues expressed their grievances with legislation tied to the bipartisan group, Cheney accepted Pelosi's invitation to the 13-person commission and declared that she is "honored to serve."

"Our oath to the Constitution must be above partisan politics," she asserted.