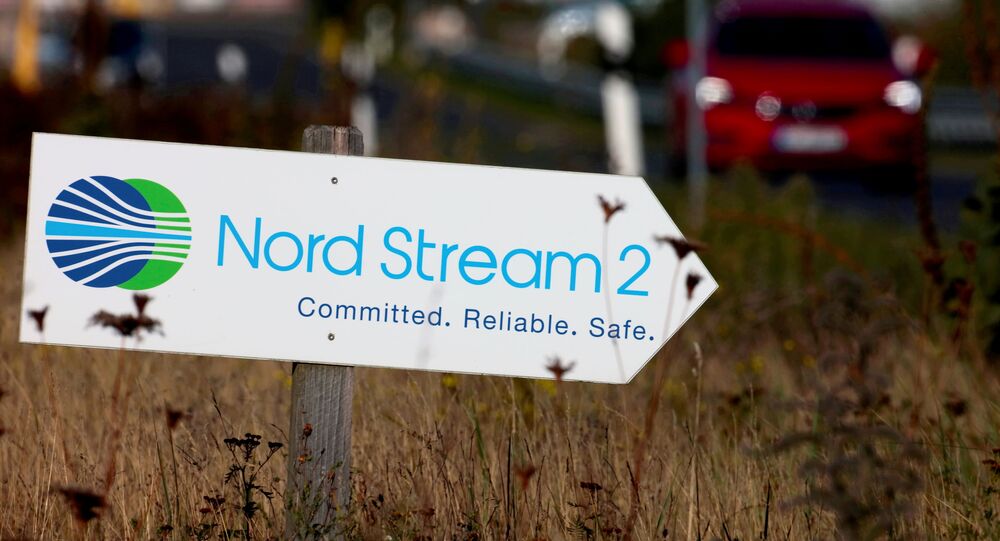 WASHINGTON (Sputnik) - The United States will use sanctions against Russia if Moscow engages in malign activity concerning the Nord Stream 2 project, a senior administration official told reporters on Friday.

“The United States and Germany will not tolerate Russia using energy as a geopolitical weapon in Europe,” the official said. “We are committed to working together with our allies and partners to impose significant costs on Russia including in the areas of sanctions and energy flows if it engages in these malign activities.”

Russian officials have repeatedly said the Nord Stream 2 pipeline is purely a commercial endeavor, not a political one. On Tuesday, Russian Ambassador to the United States Anatoly Antonov said the United States is using Ukraine as a tool to try and change Moscow's policies.

Moreover, a senior State Department official told reporters that the United States has consulted closely with Ukraine, Poland and other nations while working on the Nord Stream 2 deal with Germany.

"Throughout this process, both we and our German partners have consulted closely with Ukraine and Poland as well as other countries that would be harmed by that project about their concerns which we have taken into account," the official said.

The official added that the joint statement by the US and Germany on the deal sends a clear message that they will not stand for Russia using energy as a geopolitical weapon.

"Our joint statement sends clear message that the United States and Germany will not tolerate Russia using energy as a geopolitical weapon in Europe while escalating its aggression against Ukraine," they said.

© AP Photo / Dmitry Lovetsky
US, Germany Threaten Retaliatory Action Against Russia in Draft Nord Stream 2 Accord - Report
In his turn, German Foreign Minister Heiko Maas stated that Germany and the US have found a constructive solution to the Nord Stream 2 issue.

"I am glad that we have found a constructive solution to the Nord Stream 2 problem with the United States. We will support Ukraine in creating a green energy sector and will work to ensure gas transit through Ukraine in the next decade," the minister said on Twitter.

Earlier, Germany and the United States published a joint statement, which refers to measures to support Ukraine, European energy security and common goals for climate protection. It formulates a number of conditions for the operation of Nord Stream 2.

The practically finished project, led by Russia, involves direct natural gas transit from Russia to Germany. Washington has regularly slapped sanctions on corporations and individuals engaged in Nord Stream 2 as a vocal opponent of the project and a self-proclaimed defender of Europe's energy independence.

US, Germany Threaten Retaliatory Action Against Russia in Draft Nord Stream 2 Accord - Report