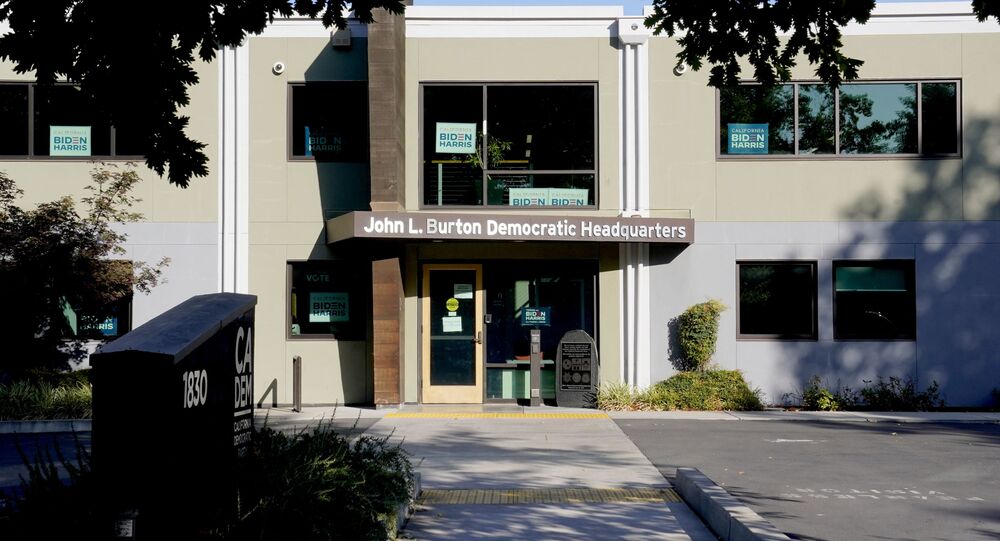 In October 2020, the FBI busted a major plot involving over a dozen people and a local militia who were planning to kidnap Michigan’s Democrat Governor Gretchen Whitmer. The plotters opposed Whitmer's lockdown measures and thought her governance "must come to an end".

The two men started to plot attacks against targets related to the Democratic Party after the 2020 presidential election and, at one point, in January 2021 they decided to go for the party's headquarters in Sacramento, the DoJ claims in the indictment, citing records of their communications obtained during searches.

"I want to blow up a democrat building bad", Rogers wrote in January 2021 in an exchange with Copeland. The latter responded: "I agree. Plan attack".

According to the indictment, Rogers and Copeland also tried to get help from an unidentified anti-government group for their cause. It is unclear whether they provided any assistance to the suspected plotters, but in the obtained communications, they advised the two men to destroy all evidence after the government's interest in their activities had become apparent.

Law enforcement found between 45 and 50 firearms, thousands of bullets, and five pipe bombs at Rogers' home during a search in January 2021.

The two men's plan to attack the California Democratic Party's headquarters apparently emerged in the wake of the Capitol riot, which the Democrats blamed on US President Donald Trump, accusing him of stirring his supporters up to attack Congress and seize power. Trump strongly denied the allegations, and eventually won an impeachment trial on charges of inciting violence.

This is not the first time that people disgruntled with the actions of Democrat politicians decide to take matters into their own hands. In 2020, a group of Michigan residents and a militia group joined forces in plotting to kidnap the state’s governor, Democrat Gretchen Whitmer. They opposed her coronavirus lockdown measures and considered them illegal. The group was busted by the FBI in October 2020, before they had a chance to kidnap the governor and overthrow the Michigan government like they had planned.