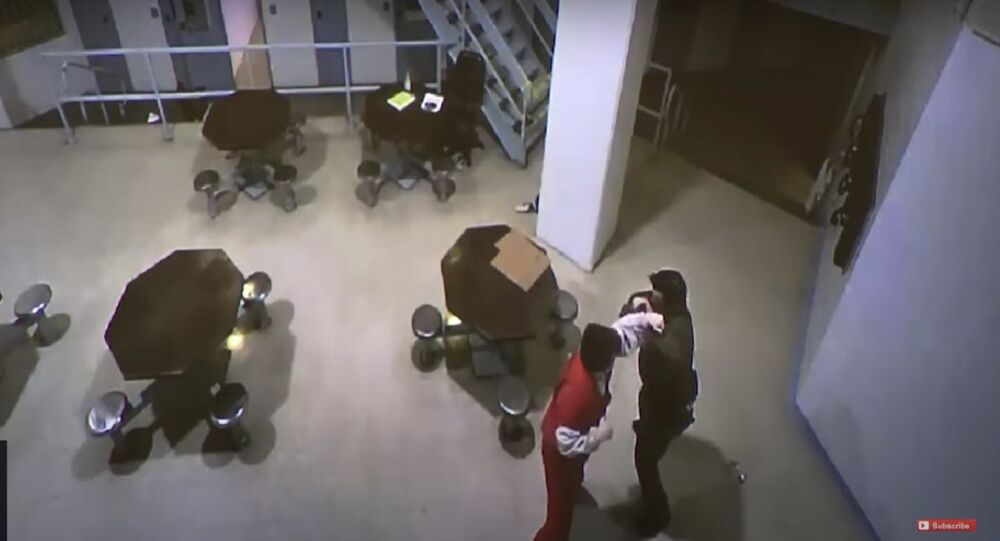 The clip was played during Wednesday's court hearing on the case of Nikolas Cruz, who is accused of murdering 17 students at Marjory Stoneman Douglas High School in the US city of Parkland on 14 February 2018.

The clip, shared by Law&Crime Network on YouTube and dated 13 November 2018, shows Cruz in the jail's cafteria walking in circles for several minutes before engaging in a talk with the guard, later identified as Sgt. Raymond Beltran.

The contents of their conversation cannot be heard in the video, but their interaction, which initially seemed ordinary, quickly went downhill, as Cruz was seen giving the guard the finger before charging at him and pinning him down.

In a few moments, Beltran managed to incapacitate the attacker and pull out a stun gun, after which Cruz backed down.

The video was played during Wednesday's court hearing during which Cruz made a 30-minute appearance, his first since the beginning of the pandemic.

Cruz, 22, is accused of killing 17 people at Marjory Stoneman Douglas High School in the US city of Parkland on 14 February 2018, in what was one of the deadliest high school shootings in the country's history.

If convicted, he could face a possible death sentence.