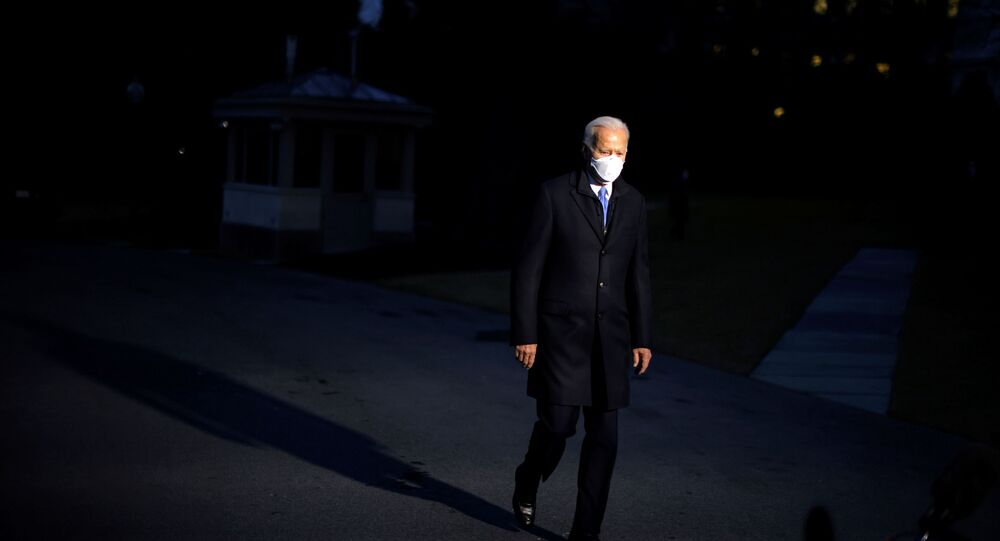 The confrontation in the US between those advocating to carry guns and those calling for increased gun control is one of the most acute, as the right to carry a gun is deemed constitutional. But many see any gun control as a violation of the right, as those calling to restrict firearms point to the number of shootings in schools and public places.

Outlining that his administration "will not wait for the next mass shooting to heed that call", Biden called for immediate action.

“We will take action to end our epidemic of gun violence and make our schools and communities safer,” he stated. “We owe it to all those we’ve lost and to all those left behind to grieve to make a change. The time to act is now.”

Three years ago today, a lone gunman took the lives of 14 students and three educators in Parkland, Florida. In seconds, the lives of dozens of families were changed forever. As we mourn with the Parkland community, we mourn for all who have lost loved ones to gun violence. pic.twitter.com/k050oDHXIi

His words mark three years since what is considered to be the deadliest school shooting in the world. The Parkland shooting occurred on 14 February, 2018 in Stoneman Douglas High School in Florida and saw 17 schoolchildren and teachers killed.

"The Parkland students and so many other young people across the country who have experienced gun violence are carrying forward the history of the American journey. It is a history written by young people in each generation who challenged prevailing dogma to demand a simple truth: we can do better. And we will", Biden said in the statement.

When addressing the gun control issue, the US president referred to "last year’s historic increase in homicides across America" and "gun violence disproportionately devastating Black and Brown individuals in our cities".

© AP Photo / Gerald Herbert
Student survivors from Marjory Stoneman Douglas High School, where 17 students and faculty were killed in a mass shooting on Wednesday, walk past the house legislative committee room, to talk to legislators at the state Capitol, regarding gun control legislation, in Tallahassee, Fla., Wednesday, Feb. 21, 2018

This is not the first time Biden has called to act for common-sense controls to curb gun violence, as he made similar statements during his presidential campaign. As a candidate, he advocated for simple background checks for all gun sales, state gun-licensing programs, legal liability of gun manufacturers whose products are used for crime and ending online sales of guns.

The issue around firearms is one of the most acute in the United States. The right to carry arms is considered constitutional in the country, but, at the same time, many note the high number of mass shootings and handgun deaths in America.

Gun control laws will not be easy for the Biden administration to pass, as there is a gun lobby in the US, particularly the National Rifle Association (NRA). In regard with the Stoneman Douglas shooting, the NRA suggested armed security in schools, so that weapon's carrying guards could counteract similar incidents. The offer was not met with enthusiasm by everyone, as NRA faced intense criticism.

After the Parkland shooting, a Florida law that particularly included the provision to ban the sale of firearms to people under 21 was challenged by the NRA in federal court, with the organization asserting that the restriction would violate the constitutional rights of 18-to-21-year-olds.

Ocasio-Cortez Clashes on Twitter with Dan Crenshaw over Gun Control