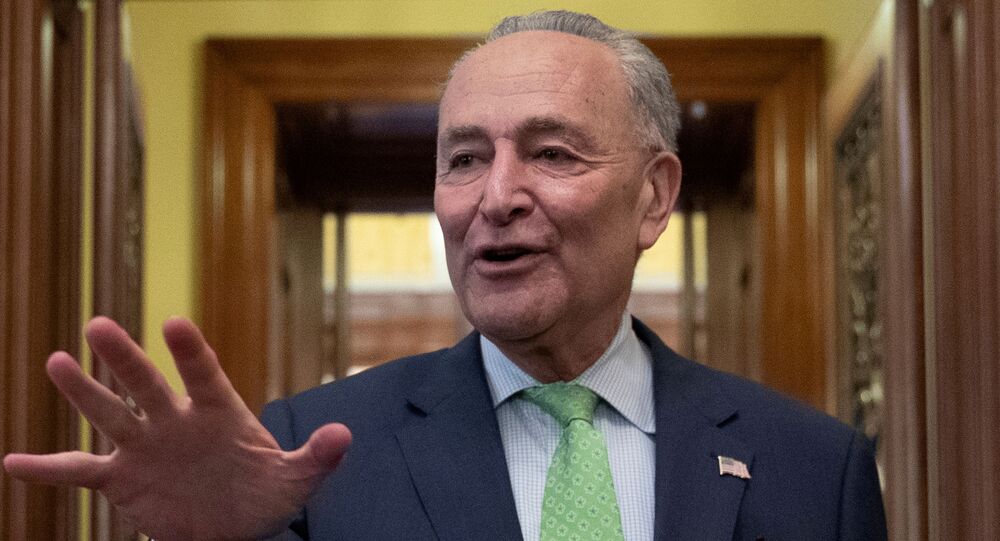 On Wednesday, the Senate Majority Leader and Sens. Ron Wyden (D-OR) and Cory Booker (D-NJ) issued a discussion draft of The Cannabis Administration and Opportunity Act, a proposed bill that, in part, seeks to federally decriminalize and reschedule marijuana while also setting forth restorative justice and equity initiatives.

Schumer announced during a same-day news conference that "the waste of human resources because of the overcriminalization [of marijuana] has been one of the great historical wrongs for the last decades.

"As more and more states legalize marijuana, it's time for our federal cannabis law to catch up," said the Senate Majority Leader. "We also very much believe in the expungement of records because of the historical overcriminalization ... Let these people become productive citizens without that criminal record."

Today—I'm proud to stand with @RonWyden & @SenBooker to release our Cannabis Administration and Opportunity Act that ends the federal prohibition. pic.twitter.com/gjgbRffwL2

According to a Pew Research Center survey conducted from April 5 to April 11, 70% of US adults aged 18 to 29 years old believe that marijuana should be legalized for both medicinal and recreational use.

The lawmakers highlighted in their discussion draft that the cannabis industry presently employs 320,000 employees and generates more than $17.5 billion in sales for 2020, translating to 32% growth from 2019.

"By 2025, it is estimated that the cannabis industry could have nearly $45.9 billion in annual sales," read the document.

"Cannabis prohibition, a key pillar of the failed War on Drugs, has caused substantial harm to our communities and small businesses, and especially for communities of color," said Wyden, chair of the Senate Finance Committee. "It’s as simple as this: Senators Booker, Schumer and I want to bring common sense to the federal government, end prohibition and restore the lives of those hurt most and set them up for opportunity."

Booker emphasized in a quoted statement on Wednesday that the US government's 'War on Drugs' - an initiative launched in the early 70s by then-US President Richard Nixon - "unfairly impacted low-income communities and communities of color."

"While red and blue states across the country continue to legalize marijuana, the federal government continues to lag woefully behind. It is time for Congress to end the federal marijuana prohibition and reinvest in communities most impacted by the failed War on Drugs," Booker added. "I am proud to introduce this landmark piece of legislation with Senator Wyden and Majority Leader Schumer that will finally turn the page on this dark chapter in American history and begin righting these wrongs."

The proposed legislation seeks to establish an "Opportunity Trust Fund" that will derive capital from federal cannabis tax revenue and reinvest the funds into "communities most impacted by the failed War on Drugs."

It also calls attention to the need to help "level the playing field for entrepreneurs of color who continue to face barriers of access to the [cannabis] industry."

COVID-19 and 4/20: Twitter in Stitches as 'Mayor of Marijuana' Offers 'Joints for Jabs' - Photos