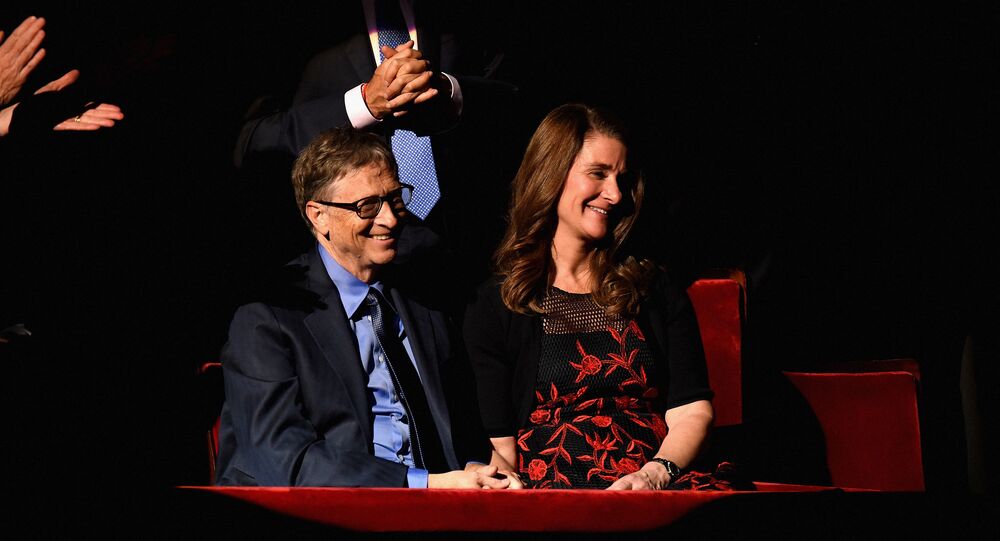 Bill Gates ‘on Verge of Tears’ When Saying Divorce ‘Was His Fault’, Report Claims

On 3 May, Bill Gates and his wife Melinda announced their separation after 27 years of marriage, revealing in a statement that they could not “grow together” in the next phase of their lives.

Bill Gates has pointed the finger at himself over his divorce from his wife Melinda, the New York Post cited unnamed attendees of the annual Allen & Co. conference, known as a "summer camp for billionaires”, as saying on Monday.

The Microsoft co-founder’s alleged revelation came during a Q&A session at the conference, which took place in the US resort city of Sun Valley.

According to one of the attendees, Gates “fessed up to messing up” and “he “basically referred to the fact that it [the divorce] was his fault”.

“He did seem a bit emotional about it. He might have been on the verge of tears”, the source argued, adding, however, that the 65-year-old did not use the word “affair” when talking of the divorce.

Another attendee described the Q&A session as “very moving”, while a different source, however, berated the billionaire for refusing to communicate with other attendees. The source claimed that the tech tycoon looked “agitated” during the Sun Valley event, adding, “Bill Gates was pretty much a total a**hole”.

The claims followed Mark Suzman, the chief executive officer (CEO) of the Bill & Melinda Gates Foundation, announcing a contingency plan "to ensure the continuity of the foundation's work".

© AFP 2021 / DAVID RYDER
In this image taken with a drone, the Bill And Melinda Gates Foundation is seen on May 4, 2021 in Seattle, Washington

This came about two months after Gates and his wife announced divorce plans, pledging, however, that they would keep working together at their charity foundation.

"If after two years either decides they cannot continue to work together as co-chairs, French Gates will resign her position as co-chair and trustee”, Suzman explained. The CEO also said that under such a scenario, the Microsoft co-founder would remain in control and, essentially, buy his ex-wife out of the foundation.

What’s Behind the End of Bill, Melinda Gates’ Marriage?

The two announced on 3 May that they were separating after 27 years of marriage. According to reports, Melinda was the one to file for divorce, apparently claiming in court papers that the marriage was "irretrievably broken".

It remains unclear what caused their separation, given that the spouses had released twin statements, just saying that they no longer believe they "can grow together as a couple".

© REUTERS / POOL New
Why Have Melinda and Bill Gates Decided to Announce Their Split Now?
Shortly after the two broke their divorce-related news to the world, The Wall Street Journal cited unnamed sources as claiming that Melinda Gates began discussing a possible split in 2019, in the wake of reports claiming that her husband had ties with convicted paedophile and human trafficker Jeffrey Epstein.

In August 2019, the 66-year-old former financier was found dead in his prison cell in New York City, with officials later declaring that he had committed suicide. The cause of his death, however, remains disputed amid conspiracy theories wondering whether he was murdered to keep him from testifying against his high-profile friends, who aside from Gates, allegedly included Donald Trump, Bill Clinton, and Prince Andrew.