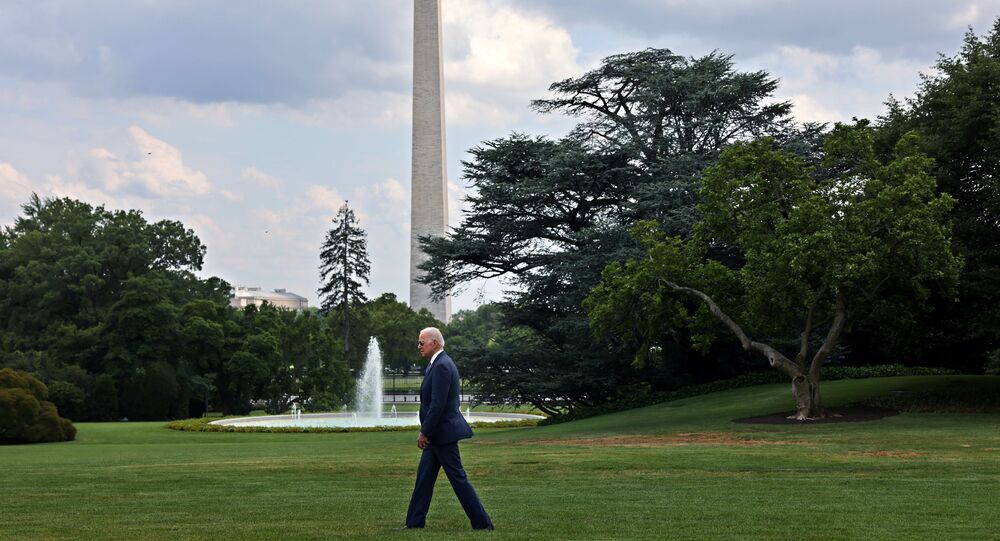 WASHINGTON (Sputnik) – US President Joe Biden has chosen veteran diplomat and trade policy expert Peter Haas as the next US ambassador to Bangladesh, along with announcing several other ambassador nominees for Chile, France and India, the White House said on Friday.

“Peter Haas [is the president’s] nominee for Ambassador Extraordinary and Plenipotentiary to [the] People’s Republic of Bangladesh,” the White House statement said.

Haas is a career member of the US Senior Foreign Service who holds the class of Minister-Counselor and currently serves as Acting Assistant Secretary of State and Principal Deputy Assistant Secretary for Economic and Business Affairs for the Department of State, the statement noted.

“Previously, Haas was Senior Advisor/Deputy Assistant Secretary for Trade Policy and Negotiations for the State Department and prior to that was the Deputy Permanent Representative to the US Mission to the Organization for Economic Cooperation and Development (OECD) in Paris, France,” it said.

Haas has also served in positions across five geographic bureaus of the State Department including as Consul General of the US Consulate General in Mumbai, India, the White House said.

According to the White House, Biden has also named veteran diplomat and European affairs Denise Campbell Bauer as US Ambassador to France.

“Denise Campbell Bauer [is named as] Nominee for Ambassador Extraordinary and Plenipotentiary to the French Republic and to the Principality of Monaco,” the White House stated. “Denise Campbell Bauer is an experienced diplomat, non-profit leader, and advocate for women’s voices in politics.”

Bauer previously served as US ambassador to Belgium from August 2013 until January 2017, where she led one of the largest embassies in Europe and earned a reputation for her collaborative leadership style, high ethics standards, and crisis management skills, the White House said.

“In that role, she focused on building transatlantic security partnerships and expanding international trade. … In 2019, Bauer became the Executive Director of Women for Biden, a nationwide network of women that organized and mobilized to elect President Biden,” the statement noted.

Bauer, who speaks French, began her career in Los Angeles. In 2012 she ran a women’s support campaign for the successful Obama-Biden presidential campaign, the White House said.

Moreover, the long-serving Mayor of Los Angeles, Eric Garcetti, has been selected as Biden's first ambassador to India.

“Eric M. Garcetti [is the] Nominee for Ambassador Extraordinary and Plenipotentiary to the Republic of India,” the White House said in a statement. “Garcetti has been the Mayor of the City of Los Angeles since 2013, following 12 years as a member of the City Council, including six as Council President.”

As Mayor of Los Angeles, Garcetti oversaw the busiest container port in the Western Hemisphere, the largest municipal utility in the United States and one of the busiest airports in the world, the White House noted.

“During 12 years as an Intelligence Officer in the US Navy Reserve Component, Garcetti served under the Commander, US Pacific Fleet and the Defense Intelligence Agency, retiring in 2017 as a Lieutenant.  A Rhodes Scholar, he studied at Queen’s College, Oxford,” the statement said.

Garcetti co-founded Climate Mayors and led more than 400 US mayors to adopt the Paris Climate Agreement. He is the current Chair of C40 Cities – a network of 97 of the world’s biggest cities taking climate action and has led the organization’s engagement and expansion in India as well, the White House said.

If confirmed by the Senate, Garcetti would need to vacate his mayoral post to take up the diplomatic role in New Delhi.

And a former special assistant to presidential candidate Hillary Clinton, Bernadette Meehan, has been nominated as the US Ambassador to Chile, according to a separate statement.

“Bernadette Meehan [is the president’s] Nominee for Ambassador Extraordinary and Plenipotentiary to the Republic of Chile,” the statement read.

Meehan currently serves as the Executive Vice President of Global Programs for the Obama Foundation, where she served previously as Chief International Officer and Executive Director of International Programs, the statement noted.