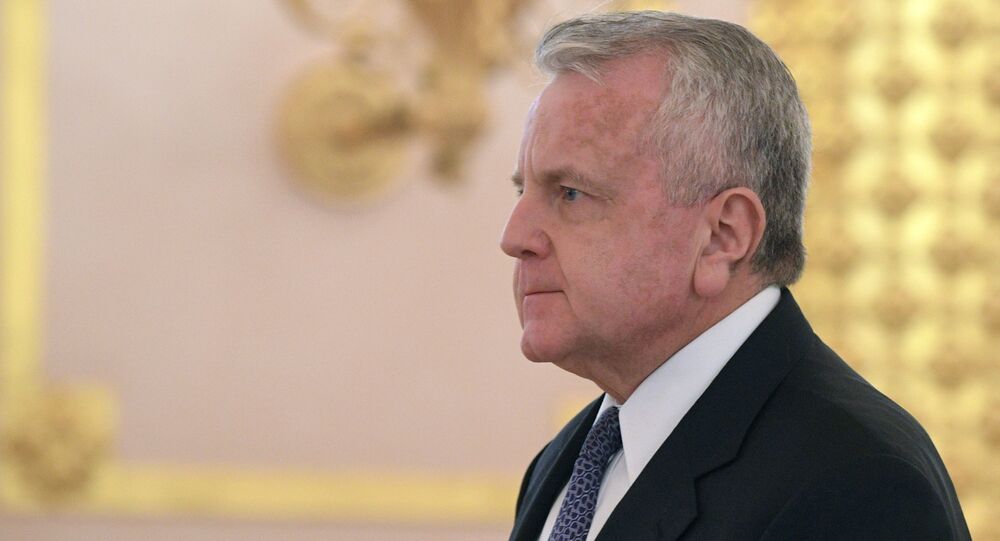 "I met with deputy foreign minister. It was a positive meeting and we look forward to work[ing] cooperatively together," Sullivan told RIA Novosti.

Ryabkov earlier said he would discuss strategic stability and bilateral relations with the US ambassador.

Earlier in the day, Sullivan arrived at the Russian Foreign Ministry for the meeting that lasted around 90 minutes.

Sullivan and Russian Ambassador to the US Anatoly Antonov travelled to their home countries for consultations this spring amid deterioration of bilateral relations.

However, at the Russia-US summit in Geneva, presidents Vladimir Putin and Joe Biden reached an agreement on the ambassadors' return.

On 15 April, the US imposed new sanctions against Russia, including 32 individuals and organizations. The sanctions also forbid US financial institutions to buy Russian government bonds at their initial offering, starting 14 June. Washington further announced the expulsion of 10 Russian diplomats. The Russian foreign ministry said the US sanctions do not satisfy the interests of both countries' peoples.