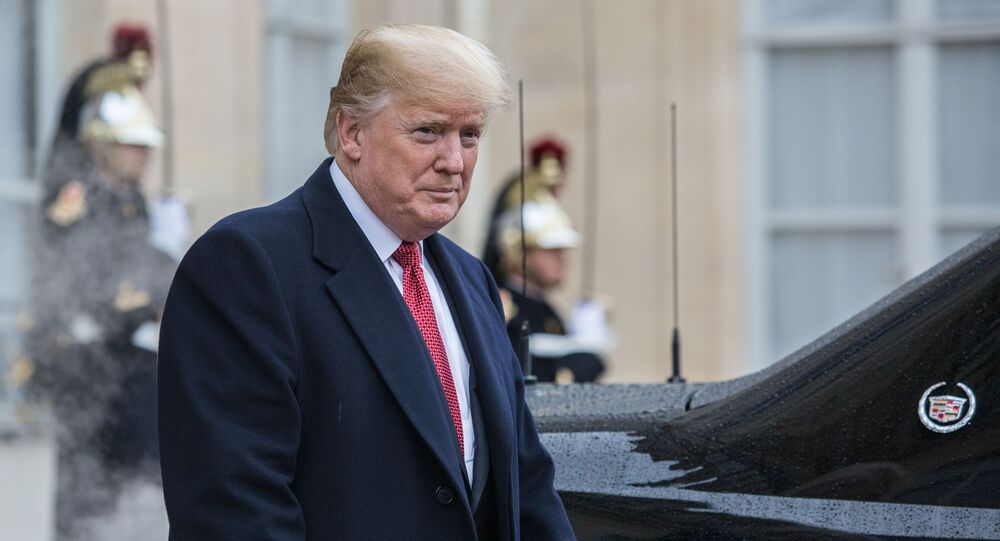 The former US president faced several scandals during his trip to commemorate the 100th anniversary of the end of the First World War with other European heads of state. Some of them, however, relied on unconfirmed reports which the administration then quickly dismissed.

As former US President Donald Trump was preparing for the First World War centenary, his chief of staff, John Kelly, was reportedly giving him a quick briefing on the history of the global armed conflict and how it was connected to the onset of the Second World War. But as Kelly was describing the atrocities committed by the Nazi regime, Trump made a stunning comment that Hitler "did a lot of good things", author of the new book, "Frankly, We Did Win This Election", Michael Bender claims, citing unnamed sources.

According to Bender, Trump's chief of staff was "stunned" by the former president's comment. He purportedly told the president that he "was wrong", but Trump allegedly argued that under Hitler Germany experienced quick economic recovery after years of stagnation caused by the defeat in the First World War. Kelly tried to prove to him that this didn't matter, the book claims.

"Kelly pushed back again and argued that the German people would have been better off poor than subjected to the Nazi genocide […] You cannot ever say anything supportive of Adolf Hitler. You just can’t", Kelly explained.

The author of the book says that Trump was "undeterred" in his convictions and adds that Kelly had to overcome POTUS' alleged "stunning disregard for history".

At the same time, Bender, who interviewed Trump after his presidential term ended, noted that the ex-president himself denies ever making such remarks about Hitler.

Trump's visit to France in 2018 for the commemorative events was mired in scandals. Not only did the former president take part in the commemoration along with other European leaders amid strained relations between them and then US administration, but he also chose to skip a visit to a cemetery where American soldiers were buried. Unconfirmed reports claimed that Trump called the US soldiers who died in the conflict in Europe "losers" and "suckers", but the White House strongly rejected these allegations.