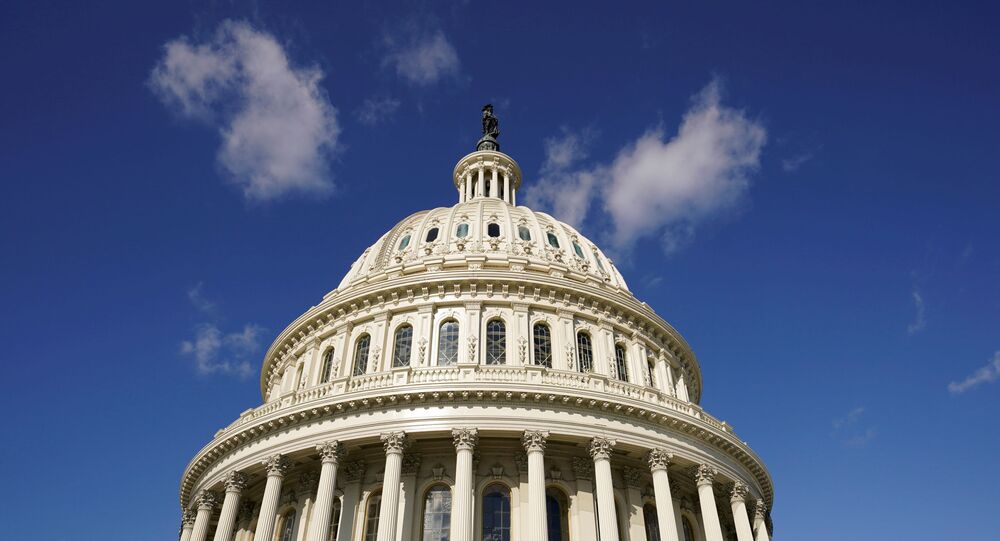 As Democrats push for a 9/11-style committee to investigate the 6 January Capitol riot, the GOP has largely opposed the initiative. Nevertheless, House Speaker Nancy Pelosi earlier in the week introduced the resolution to create a select committee to probe the violent events.

WASHINGTON (Sputnik) - The US House of Representatives on Wednesday passed a resolution to create a committee in the lower chamber that will investigate the January 6 riot at the Capitol building.

The House approved the measure with a 222-190 vote. Only two Republicans - Adam Kinzinger (R-Ill.) and Liz Cheney (R-Wyo.) voted for the creation of the panel.

"We take an oath to support and defend America's Constitution from all enemies – foreign and domestic. Republicans want to keep the truth hidden about what happened on #Jan6th", she tweeted shortly after the vote. "But *we will* seek the truth of what happened. It's imperative."

We take an oath to support and defend America's Constitution from all enemies – foreign and domestic.

Republicans want to keep the truth hidden about what happened on #Jan6th.

But *we will* seek the truth of what happened. It's imperative.

​The panel to investigate the January 6 riot will be made up of 13 lawmakers from the House of Representatives, eight will be appointed by Pelosi and another five will be appointed in consultation with House Minority Leader Kevin McCarthy.

The initiative received affirmation from the House even as Republicans voiced opposition to the idea. Earlier, GOP Senators invoked the first legislative filibuster of Biden's presidential tenure in a bid to resist the creation of a committee to probe the Capitol riot.

© REUTERS / Evelyn Hockstein
Speaker of the House Nancy Pelosi holds a news conference with members of the Texas state legislature at the U.S. Capitol in Washington

When introducing the select committee resolution, Pelosi blasted Republican senators for doing Mitch McConnell "a personal favor rather than their patriotic duty" and asserted that "the Democrats are determined to find the truth".

The blame for the Capitol riot, which occurred on January 6 and killed five, including a Capitol police officer, has been put by most Democrats, on the former president, Donald Trump. Having faced accusations of "inciting insurrection" from House Democrats, Trump was impeached for an unprecedented second time. The Senate, however, acquitted him a second time.