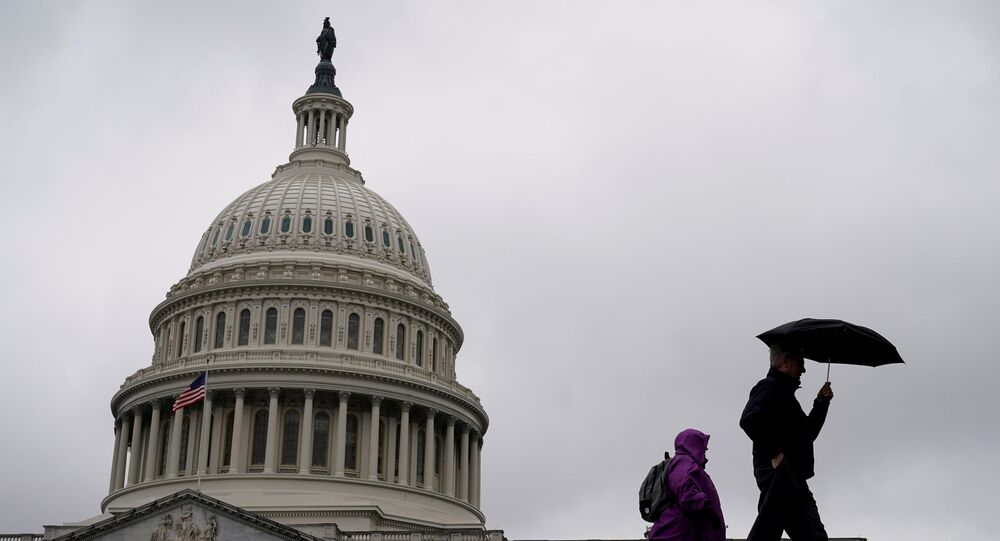 WASHINGTON (Sputnik) - The US Capitol Police Department needs an infusion of money to replenish a budget depleted by the January 6 riot, with a security crisis looming in August when the force will otherwise run out of money to pay officers, Senator Patrick Leahy said.

“The Capitol Police projects that doing nothing will deplete salaries funds in August, which would be a security crisis of our own making,” Leahy said in a press release on Thursday.

In May, the US House of Representatives passed an emergency supplemental appropriation to address the shortfall, but the measure has languished in the Senate because Republicans have yet to begin negotiations on a “bipartisan path forward,” Leahy said.

© REUTERS / Leah Millis
First Person Sentenced in Connection to January 6 US Capitol Riot - Reports
Leahy noted that 55 sworn officers have left the force since January 6, depleting an already stressed force. In addition, there is an urgent need to address costs from the riot, including significant overtime pay, hazard pay and retention bonuses to keep remaining officers from leaving, he added.