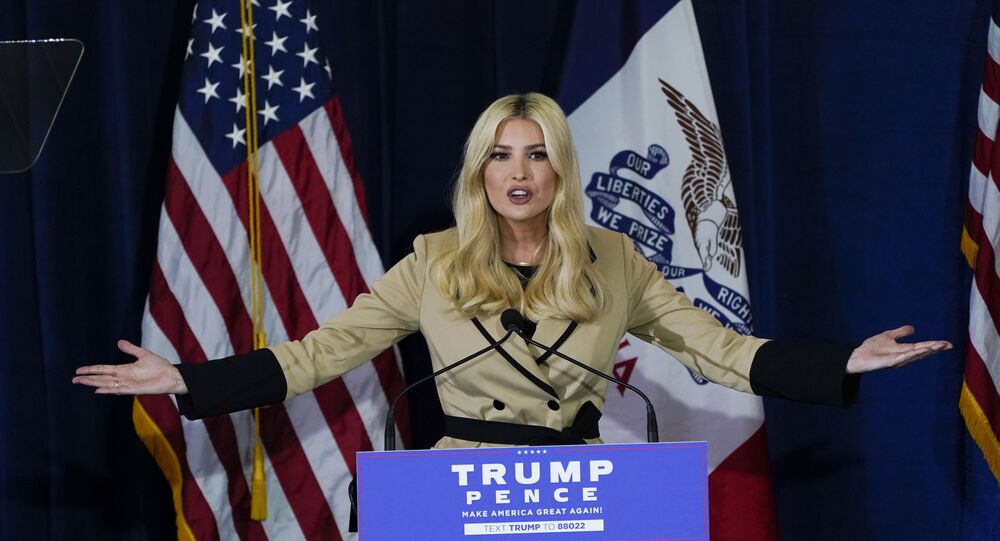 The case is based on a lawsuit filed in January 2020 by District of Columbia (DC) Attorney General Karl Racine. The official alleges that non-for-profit funds were misused at Donald Trump’s inauguration in 2017. The Trump family has dismissed the case as “politically motivated”.

Ivanka Trump, the daughter of former US President Donald Trump, testified inaccurately during her deposition in the inauguration case, Mother Jones reported, citing documents it had obtained. According to the outlet, during the interrogation, which occurred on 1 December 2020, the 39-year-old was asked if she had any "involvement in the process of planning the inauguration". To that, the eldest daughter of the president responded negatively, saying that she had only shared her opinion about the event.

However, the documents obtained by Mother Jones show that she was part of the decision-making process for various aspects of the inauguration – from catering and guests to themes of the event.

Several emails show Ivanka corresponding with Stephanie Winston Wolkoff, who worked as a senior adviser to First Lady Melania and was a lead producer on the Presidential Inauguration Committee.

In one emial, Wolkoff wrote about a meeting during which the two women discussed how to include Donald Trump’s "constituency" in the events.

In another email, she asked Ivanka about the "Women’s Entrepreneurs Reception/Dinner", which was part of the inauguration.

"Please let me know who…you would like invited", she wrote, as per Mother Jones.

"It would be great to have a cross section of industry and also invite top female cabinet members and lawmakers", Ivanka replied. She then offered her assistance in case Wolkoff had any problems coordinating with Reince Priebus, the-then White House chief of staff.

Distance Herself from Inauguration

The documents obtained by Mother Jones appear to corroborate claims made by Stephanie Wolkoff, who parted ways with the Trump family following the inauguration. In her book titled "Melania and Me: The Rise and Fall of My Friendship with the First Lady", she wrote that a public relations consultant, Matthew Hiltzik, had told Ivanka to distance herself from the inauguration to avoid speculation.

One of the emails obtained by the outlet reads the following:

"Mark B and i were talking and he specifically suggested/requested that i raise this issue with you. Basically – in order to better control the narrative, you should have Stephanie [Winston Wolkoff] be front and center on this", Hiltzik wrote to Ivanka.

During the deposition, Ivanka downplayed her relationship with Wolkoff, calling her no more than an "acquaintance". Emails obtained by Mother Jones appear to suggest the contrary. The two texted each other in the years prior to the inauguration and in one instance Ivanka invited Wolkoff and her husband to dinner.

As mentioned earlier in January 2020, the attorney general of Washington, DC, Karl Racine, filed a lawsuit against the Presidential Inauguration Committee (PIC) as well as two entities that own or control the Trump International Hotel in Washington, DC, where the dinner and reception was held. The Democrat claimed that the Trump family had used non-for-profit funds collected by the PIC to enrich themselves.

He pointed to the "extraordinarily high" prices. In one day, PIC "paid $175,000 for full use of the hotel's event space, including use of a large ballroom for half of a day".

"Doesn't sound like market rate to me", he said.

The Trump family has dismissed the lawsuit, describing it as "politically motivated".