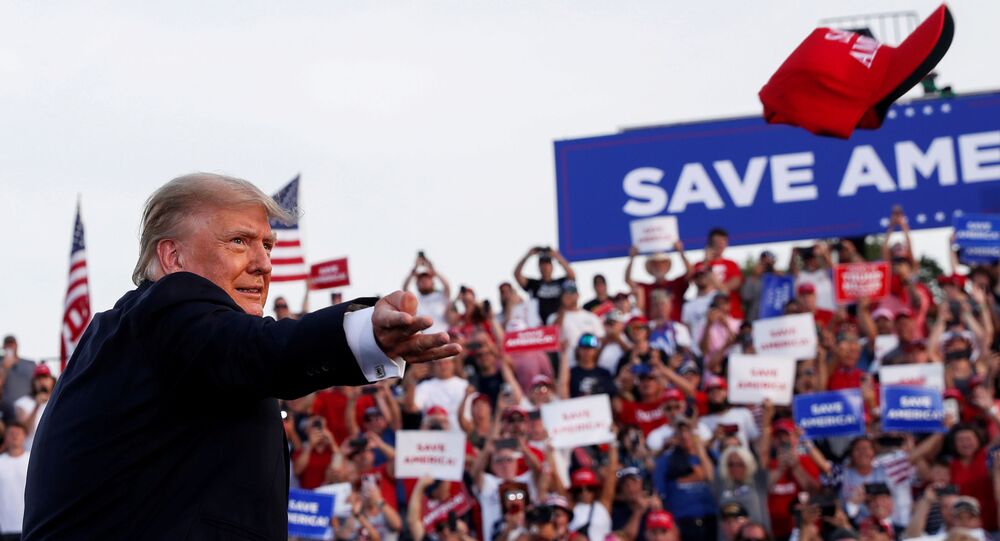 On Sunday, US media outlets reported that Trump's lawyers had 24 hours to respond to New York prosecutors' demands and say why criminal charges should not be filed against the Trump Organisation.

The ex-POTUS, for his part, said in a statement on Monday that "Radical Left New York City and State Prosecutors, who have let murderers, rapists, drug dealers, and all other forms of crime skyrocket to record levels [….] are rude, nasty, and totally biased in the way they are treating lawyers, representatives, and some of the wonderful long-term employees and people within the Trump Organisation".

With Vance reportedly considering announcing charges against the company and its Chief Financial Officer Allen Weisselberg in the next seven days, Trump denounced both investigations as an extension of the Democrats' "witch hunt" against him.

Referring to the Make America Great Again campaign slogan, Trump said that prosecutors "will do anything to stop the MAGA movement [and me]". He insisted that the Trump Organisation had merely done "things that are standard practice throughout the US business community, and in no way a crime".

"Having politically motivated prosecutors, people who actually got elected because they will 'get Donald Trump', is a very dangerous thing for our country. In the end, people will not stand for it. Remember, if they can do this to me, they can do it to anyone!", Trump argued.

He was echoed by Ron Fischetti, a lawyer for the Trump Organisation, who rejected the charges against the company as "absolutely outrageous and unprecedented, if indeed the charges are filed".

Fischetti asserted that the goal is "just to get back at Donald Trump", saying, "we're going to plead not guilty and we'll make a motion to dismiss".

The Guardian, in turn, claimed that although "the 45th [US] president is not expected to be personally charged, […] the legal drama could bankrupt his company by damaging its relationships with banks and other business partners, as well as clouding his political comeback".

Vance's office is looking into "possibly extensive and protracted criminal conduct" at the Trump Organisation, including tax and insurance fraud as well as falsification of business records.

The New York AG's office earlier informed the Trump Organisation that its investigation into the company "is no longer purely civil in nature" and that prosecutors "are now actively investigating the organisation in a criminal capacity, along with the Manhattan DA".

The Washington Post has, meanwhile, reported that the Trump Organisation's lawyers have 24 hours to respond to New York prosecutors' demands and say why criminal charges should not be filed against company.

Biden Appears to be Trolling Trump With Response to MAGA Hat