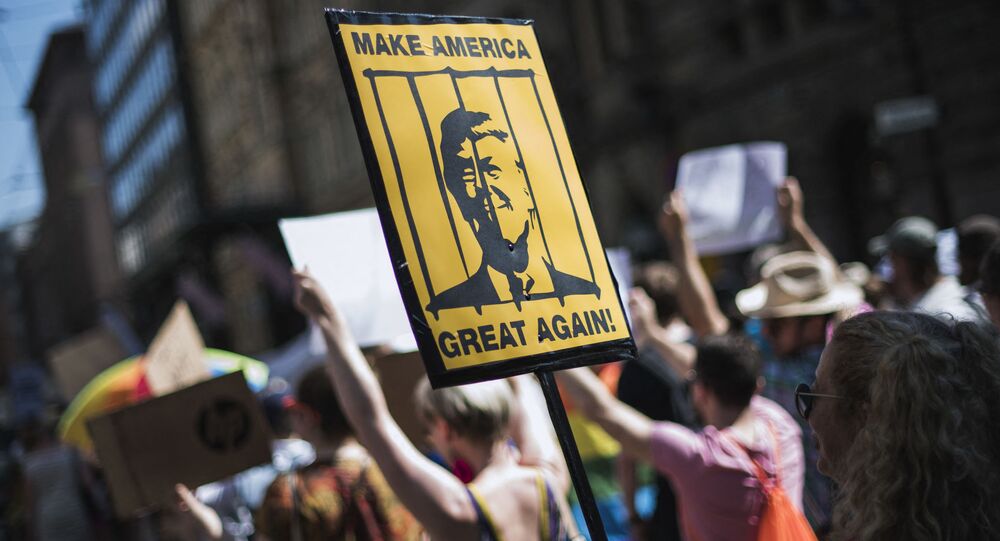 One of several investigations into illegal activities by the Trump Organisation was recently reclassified from civil to criminal. In light of this news, a former Trump lawyer, convict Michael Cohen, alleged that the ex-president will readily turn evidence against his own children to avoid imprisonment.

The chief financial officer for the Trump Organization, Allen Weisselberg, would flip on his employer when asked directly if he committed a crime, the CFO's former daughter-in-law, Jennifer Weisselberg, claimed in an interview with CNN.

Jennifer Weisselberg is cooperating with New York Attorney General Letitia James, who has been probing the Trump Organisation since 2019, seeking signs of tax crime and insurance fraud alongside another investigation by a Manhattan district attorney. Trump denounced both investigations as a continuing "witch hunt".

Weisselberg's former daughter-in-law told CNN that she is taking part in the investigation motivated by her desire to find the "truth". She provided over three boxes of documents and a laptop, which could purportedly contain information useful in the NY AG probe.

"I have no motivation, I get nothing out of this, but I think the truth matters. And I think it’s so horrifying to think that Donald Trump could be president again, knowing that I know", Jennifer Weisselberg said.

NY AG Letitia James revealed on 18 May that the probe into the Trump Organization had been reclassified from civil to criminal, without providing details about what findings led to the move. Trump's former lawyer Michael Cohen, who was convicted over tax fraud and violations of campaign financing law, alleged in a 20 May interview that his former boss will do anything to avoid incarceration, even if it means flipping state's evidence on his own family and offspring.