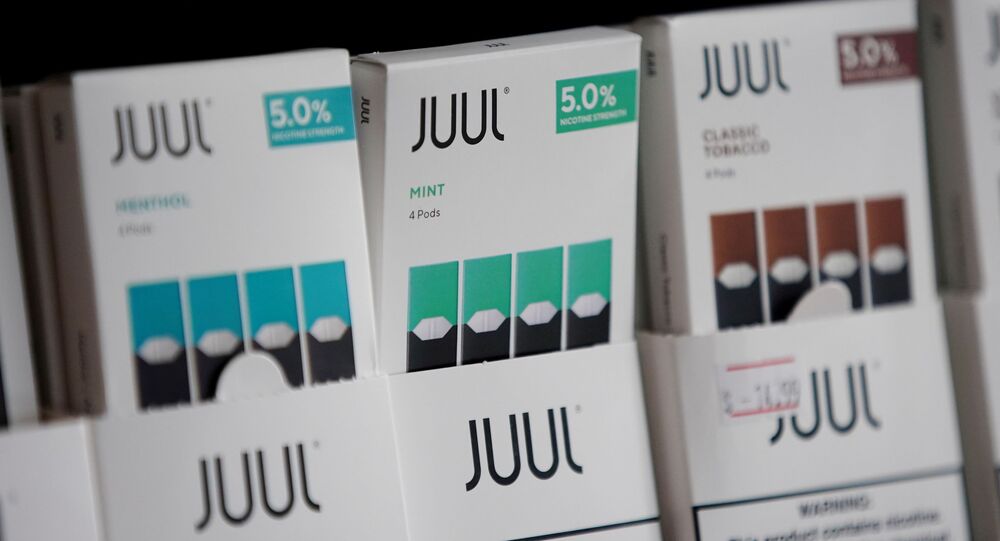 Juul announced in November 2019 that it would be halting US sales of its mint-flavored electronic cigarettes - its most popular flavor - after government research showed American minors preferred Juul e-cigarettes, as well as their mint-flavored pods. The move predated the Trump administration's January 2020 ban on flavored e-cigarettes and pods.

North Carolina Attorney General Josh Stein (D) announced on Monday that the Tar Heel State reached an agreement on a consent order with Juul Labs, Inc., the e-cigarette company accused of targeting teens - including minors - with its marketing.

Per the agreement, Juul is set to pay $40 million to the state over the next six years. The payments will be designated to programs that support e-cigarette research, use prevention and rehabilitation.

"For years, JUUL targeted young people, including teens, with its highly addictive e-cigarette. It lit the spark and fanned the flames of a vaping epidemic among our children – one that you can see in any high school in North Carolina," Stein said in a quoted statement, vowing to prevent Tar Heel teens from becoming "another generation" addicted to the chemical nicotine.

The company has agreed to nix social media and influencer-based advertising.

Juul also committed to not market its products to appeal "to people under the age of 21." It's unclear what such marketing would entail.

From Monday, the e-cigarette company has 30 days to issue the state of North Carolina an initial $13 million payment, according to the agreement.

North Carolina became the first US state to sue Juul back in May 2019, following a monthslong investigation that began in 2018. Documents from the case are slated to be made public by July 1, 2022.

Juul, once a behemoth in the e-cigarette and vaping market, has taken a nosedive since Big Tobacco giant Altria purchased 35% of the company for 12.8 billion back in December 2018. Recent reports have valued Altria's shares around a low $1.6 billion.

Within the next year, the company replaced Chief Executive Officer Kevin Burns with Kevin 'K.C.' Crosthwaite, a former Altria executive, and announced it would stop sales of its popular, fruit-flavored e-cig pods. Crosthwaite said that the move came as a cooperative move with regulators, such as the US Food and Drug Administration (FDA).

The FDA has since issued a wide-sweeping ban to block the manufacturing, distributing and selling of flavored e-cigarettes and pods.