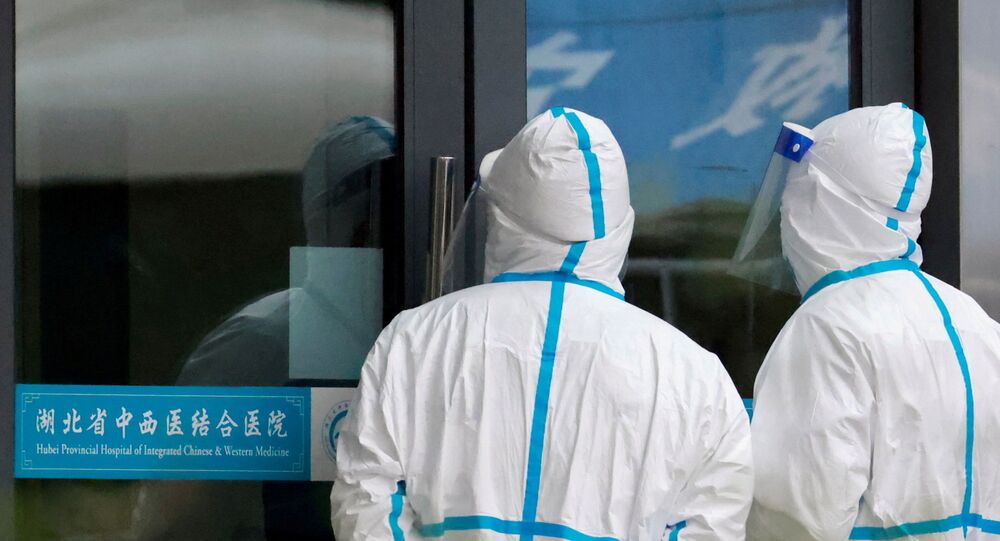 Democrats had initially been skeptical, to say the least, about claims pushed by Trump that the virus allegedly leaked from a Chinese lab, but last month, Biden issued an order to investigate COVID-19's origins, reigniting the dispute. The White House earlier circulated a release that did not rule out COVID-19 originating from a lab accident.

As US intelligence agencies try to unravel the origins of the COVID-19 pandemic, the Biden administration warns that the 90-day inquiry may not offer a thorough explanation, The Wall Street Journal reported on Sunday.

Citing an undisclosed source familiar with the probe, the WSJ reported that the intel has not yet unearthed sufficient proof that would settle the issue over whether the virus was sparked by human contact with an infected animal, or was leaked from a Chinese government-run virology lab.

As Biden is expected to receive a 45-day update on the matter in mid-July, a senior White House official reportedly said that the US president "is mindful of the fact that after 90 days we may not have an absolutely definitive answer, but he wanted a focused, intense, time-bound effort."

Experts have suggested that understanding the origins of the novel coronavirus could be crucial in planning measures against future pandemics. Over four million people worldwide have died as a result of the epidemic, which has also devastated the global economy.

© REUTERS / THOMAS PETER
The P4 laboratory of Wuhan Institute of Virology is seen behind a fence during the visit by the World Health Organization (WHO) team tasked with investigating the origins of the coronavirus disease (COVID-19), in Wuhan, Hubei province, China February 3, 2021.

A British study published earlier this week claims that the first instances of COVID-19 could have occurred between early October and mid-November, with November 17 being the most likely date.

Biden said that the US intelligence community has "coalesced around two likely scenarios", but has not come to a final conclusion on the issue. The president said that he asked US intelligence to "redouble their efforts" to collect and analyze information that will help bring a final conclusion on the issue and inform him of the results within 90 days.

The prospect of the virus escaping from a lab was deemed "extremely unlikely" by a World Health Organization team to Wuhan in late March, which also inspected the facility that is claimed to be the source of the leak. However, the final report did not exclude the hypothesis of a lab breach at all.