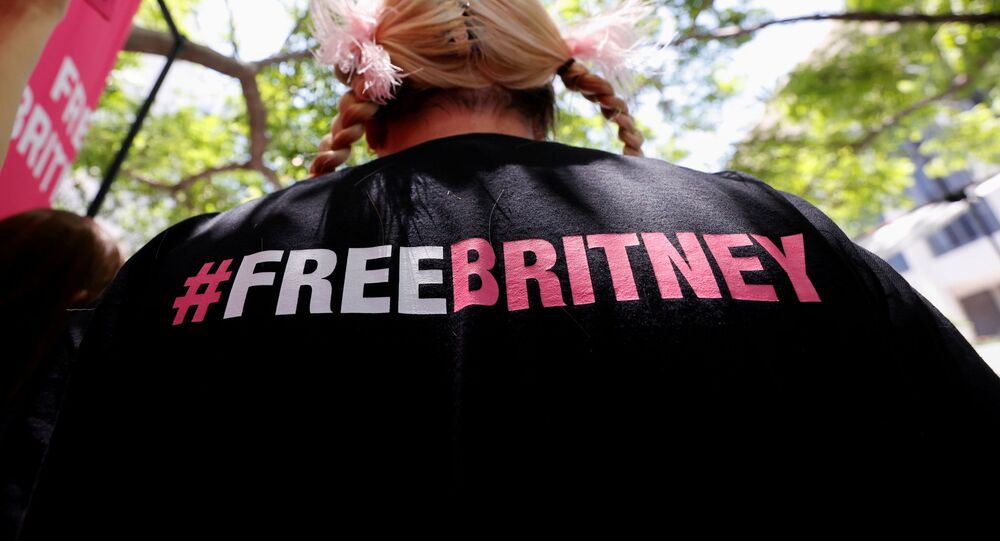 American pop idol Britney Spears has given her first public courtroom statement about a controversial legal arrangement that handed control of her personal life and finances to her father for over a decade. The singer said that she wanted to end the “abusive” arrangement that's doing her “more harm than good."

Britney Spears told Los Angeles judge Brenda Penny on Wednesday that she had no idea she could have petitioned the authorities to terminate her conservatorship, sparking questions over whether her court-appointed lawyer Samuel D. Ingham III did enough to support her during the 13-year legal arrangement.

“I didn’t know I could petition the conservatorship to be ended,” Spears said during her 24-minute testimony given remotely by phone. “I’m sorry for my ignorance, but I honestly didn’t know that.”

During her emotional plea, the 39-year-old singer said she wanted to conclude the “abusive” legal arrangement without evaluation from therapists and experts who would “question her capacity of intelligence.”

“I want to petition basically to end the conservatorship. But I don’t want to be evaluated, and be sat in a room with people four hours a day, like they did me before. And they made it even worse for me after that happened,” the singer said.

Speaking about her lawyer Ingham, who was appointed to represent Britney in 2008 after she was deemed incapable of making her own decision regarding her counsel following a series of public mental breakdowns, she said they had a good bond.

However, she was still willing to choose her own attorney – especially considering the fact that the star, who is still making big bucks on tour, was paying for all of her medical and legal expenses. As such, her lawyer Ingham is getting paid a staggering $475 per hour – a special rate for the “extraordinary expertise” Britney’s case apparently requires.

“My lawyer, Sam (Ingham), has been very scared for me to go forward,” Britney said during her Wednesday plea.  “He told me I should keep it to myself. I would personally like to — actually, I’ve grown with a personal relationship with Sam, my lawyer, I’ve been talking to him like three times a week now, we’ve kind of built a relationship but I haven’t really had the opportunity by my own self to actually handpick my own lawyer by myself.”

Ingham didn’t reply to the New York Times’ request for comment about Britney’s portrayal of his counsel during the court hearing, but prior to her testimony he said that the singer was speaking for herself.

“These are entirely her words,” the lawyer said.

It remains unclear if the two discussed that the musician could have petitioned to end the conservatorship altogether and if he educated her enough on the subject as required by law.

In March, Ingham filed a petition to remove Britney’s father Jamie Spears, who was earlier downgraded to the role of co-conservator alongside the Bessemer Trust bank, from overseeing the singer’s “persona."

Before Wednesday, Britney had not spoken publicly about the 13-year-long conservatorship. She told the court that she wasn't feeling okay for those years and was “in denial," and told the judge that the arrangement was equal to “sex trafficking." She argues that she was pressured to work, even when feeling sick, was given medication against her will, and was forced to take birth control measures by her conservators.

“Ma’am, my dad and anyone involved in this conservatorship and my management who played a huge role in punishing me when I said no — ma’am, they should be in jail,” the former teen idol said.

Jamie Spears responded by saying that he loved his daughter very much and was sorry to see her in so much pain.