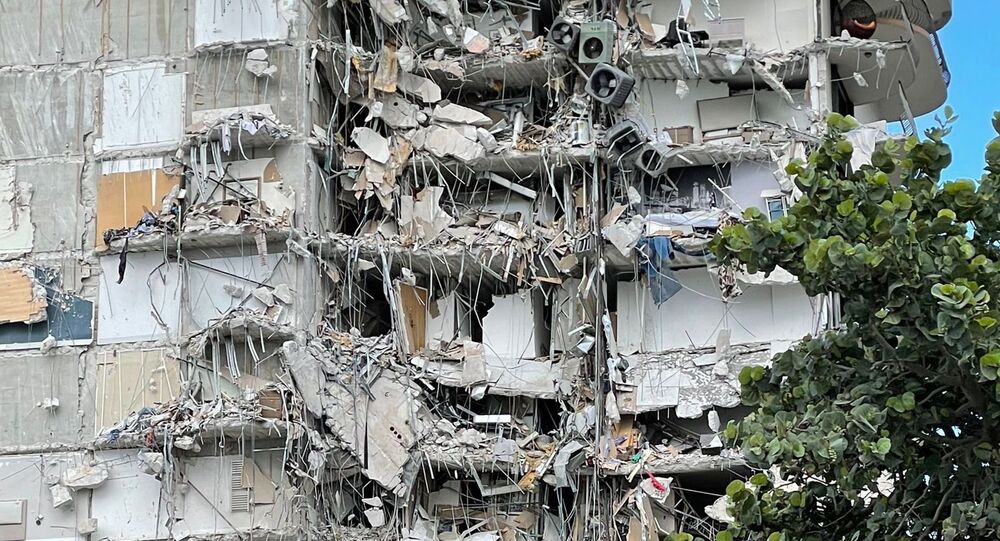 A multi-storey condominium building partially collapsed in the Florida resort city of Surfside in the early hours of Thursday morning.

The president of Paraguay's sister-in-law, Sophia López Moreira, her husband Luis Pettengill, and their three children are among the 51 people currently missing after a 12-storey apartment building collapsed in Miami on Wednesday night.

According to The Daily Mail, the family-owned a condo was inside the Champlain Towers South building when it collapsed at about 1.30 am this morning. Hours before the tragedy, the couple received their COVID jabs, the paper said, adding that 23 June was also Luis's birthday.

​According to the latest information, at least one person is dead and 51 are missing following the accident. Thirty-five people were rescued from the damaged building and 14 people, including a teenage boy, were pulled from the rubble at the beginning of the search operation.

The building was constructed in the 1980s and was about to undergo a scheduled 40-year-inspection by city officials, Kenneth Direktor, an attorney who represents the Champlain Towers East condominium association said, as quoted by the Daily Beast website.