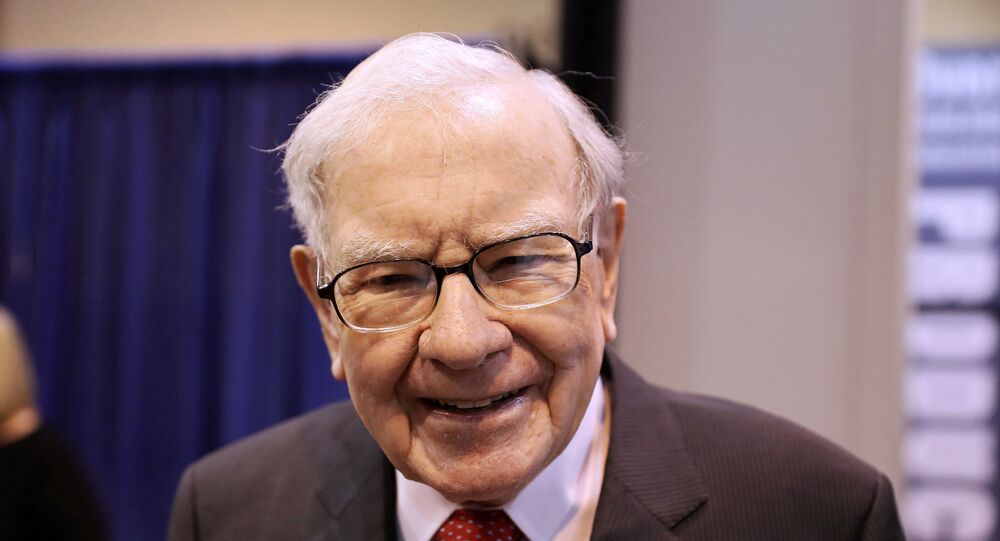 WASHINGTON (Sputnik) - Billionaire philanthropist Warren Buffett resigned from the Bill and Melinda Gates Foundation, while donating another $4.1 billion of his vast fortune to five charities including the Gates organization, according to an announcement Wednesday on his Berkshire Hathaway investment company’s website.

“Today is a milestone for me. In 2006, I pledged to distribute all of my Berkshire Hathaway shares - more than 99 percent of my net worth - to philanthropy. With today’s $4.1 billion distribution, I’m halfway there,” Buffett said.

© AFP 2021 / JEFF PACHOUD
Bill Gates, Warren Buffett Private Power Firms Team Up to Build New US Nuclear Power Reactor
Buffett also resigned as a trustee of the Bill and Melinda Gates Foundation, one of the five foundations slated to benefit from the billionaire’s $4.1 billion distribution.

“For years I have been a trustee - an inactive trustee at that - of only one recipient of my funds, the Bill and Melinda Gates Foundation (BMG),” Buffett said.

Despite the resignation, Buffett added that his philanthropic goals were “100 percent in sync with those of the foundation, and my physical participation is in no way needed to achieve these goals.”

The resignation comes at a tumultuous time for the Bill and Melinda Gates foundation, with the divorce of its two founders.

In 2006, when Buffett pledged to give away his entire fortune, he owned 474,998 Berkshire class A shares. With the latest distribution, Buffett said he still owns 238,624 shares, worth about $100 billion.