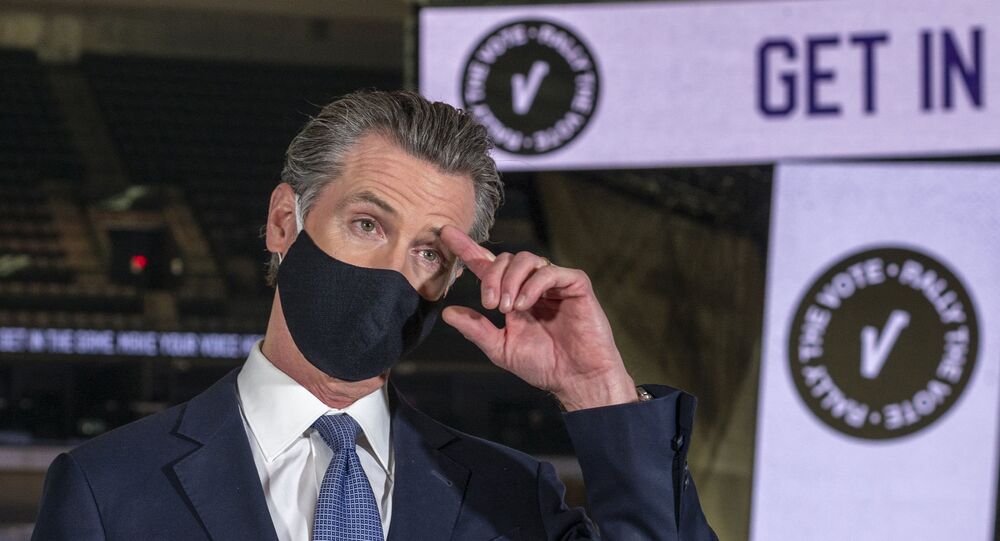 The offender, who attacked California Governor Gavin Newsom, who is facing a possibility of being removed from his post, was said to be homeless and fighting mental health issues.

California Governor Gavin Newsom was assaulted by an “aggressive” passer-by as the state leader was in the middle of a visit to downtown Oakland, the US Sun reported on Friday.

The offender attacked the governor while the former was heading toward a pizzeria and a barbershop in Old Oakland to promote small business. The “aggressive individual" approached him at that moment.

It’s unknown whether the man touched the governor but California Highway Patrol officers, who provide additional security for Newsom, intervened immediately and, pushing away the official, arrested the passer-by.

The 54-year-old arrestee was taken to Alameda County jail, where he was charged with resisting a police officer and assaulting a public official. A woman, who claimed to be man’s sister, said that her brother had been homeless for some time and suffers from serious mental diseases. She also pointed out that the charges against him are "consistent with his past behavior."