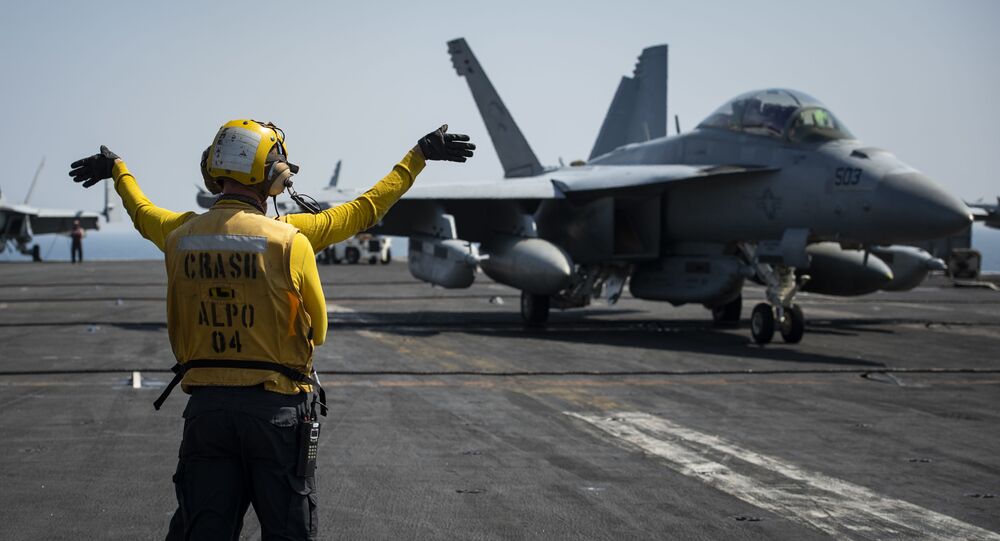 Lawmakers and the Navy are bogged down in a fiery war of words over a top brass-approved reading list the GOP says is "anti-American." The battle is part of a broader campaign of sweeping changes by President Biden’s Pentagon to make the military "more inclusive" to minorities through symbolic changes like rainbow flags and maternity flight suits.

House Armed Services Committee members Doug Lamborn and Jim Banks raked Navy chief Mike Gilday over the coals at a budget hearing this week over the inclusion of a controversial book on racism in America in a recommended reading list for sailors.

“How does exposing our sailors to the idea that they are either oppressors or oppressed, and that we must actively discriminate in order to make up for past discrimination, improve our Navy’s readiness and lethality?” Lamborn asked at the Tuesday hearing, referring to the book – Dr. Ibram X. Kendi’s "How to Be an Antiracist."

The 2019 study, which became a New York Times bestseller in the wake of last year’s George Floyd protests, and adopted by some US schools, suggests that being non-racist is not enough, and that Americans must positively demonstrate their antiracism for their country to get over its painful history of racial oppression.

Critics, however, have argued that the book proposes reverse discrimination and extreme political correctness, and claimed that Dr. Kendi considers America itself to be “racist to its core.”

At the hearing, Admiral Gilday dodged Lamborn’s questions, saying he was a commander, “not a theorist.”

“There is racism in the Navy just like there’s racism in our country, and the way we’re going to get after it is to be honest about it, not to sweep it under the rug, and talk about it,” the commanding officer said.

“It doesn’t mean I have any expectation that everybody believe, or support, everything that Mr. Kendi states in his book. I don’t support everything that Kendi says. The key thing is that sailors have to be able to think critically,” he added, saying “this is a bigger issue than Kendi’s book.”

Rep. Banks, another Republican, also attacked Gilday over the book, asking whether the admiral considered opposition to interracial adoption to be “an extremist belief,” in reference to a controversial tweet by Kendi accusing Supreme Court Justice Amy Coney Barrett of being a “white coloniser” over her adoption of two children from Haiti.

Some White colonisers "adopted" Black children. They "civilised" these "savage" children in the "superior" ways of White people, while using them as props in their lifelong pictures of denial, while cutting the biological parents of these children out of the picture of humanity. https://t.co/XBE9rRnoqq

“Do you personally consider advocating for the destruction of American capitalism to be extremist?” Banks continued, referencing Kendi’s description of racism and capitalism being “conjoined twins.”

“I’m not forcing anybody to read the book, it’s on a recommended reading list,” Gilday shot back, going on to say that he wasn’t at the hearing to “sit here and defend cherry-picked quotes from somebody’s book.”

The admiral went on to dismiss the lawmakers’ suggestion that a woke navy was a weak navy. “We are not weak, we are strong,” he said, adding that the Navy’s strength lies in its “diversity,” and that seamen and women “understand that.”

© CC0
As Woke Culture Gains Momentum, Apple Pie Has Now Apparently Been Branded 'Racist' Too
“Racism in the United States is a very complex issue, what we benefit from is an open discussion about those issues,” he suggested.

Banks and other GOP lawmakers have spent months attacking the Navy over the inclusion of Kendi’s book in the recommended reading list, suggesting that the author’s ideas were “divisive,” would “undermine morale and weaken national security.” In March, the Navy dismissed calls to cull the book from the list. Some lawmakers have also called for Michelle Alexander’s “The New Jim Crow” and Jason Pierceson’s “Sexual Minorities and Politics” to be removed from the list.

Alexander’s book is dedicated to the US criminal justice system, comparing it to the Jim Crow laws that enforced segregation prior to the civil rights movement over its alleged disproportionate targeting of African Americans. Pierceson’s book, meanwhile, is a self-described “textbook to provide students with an up-to-date, thorough and comprehensive overview of the historical, political, and legal status of sexual and gender minorities.”

© CC BY 2.0 / The U.S. Army / Patrol in Afghanistan
Move Over, CIA! US Army Rolls Out Its Own 'Woke' Recruitment Ad
Rep Lamborn and his colleague Vicky Hartzler wrote a letter to Gilday this spring, suggesting that all three books on the list see America “as a confederation of identity categories of the oppressed and their oppressors rather than a common homeland of individual citizens who are united by common purposes and fidelity to the ideals of the Declaration of Independence and codified in the Constitution.”

The ideological battle for the soul of the US military has become a major issue in the culture wars between Republicans and Democrats. Conservatives have alleged that the changes in the military to make it more liberal, diverse, and tolerant are evidence of a liberal, far-left, or “Marxist” plot. Self-described American leftists, meanwhile, have suggested that the Pentagon and US military-industrial complex are cynically using issues like gay pride, minority, and women’s rights to “shield a rapacious oligarchy,” justify outsized defence budgets, and engage in military aggression abroad, and that the policies are not actually leftist.