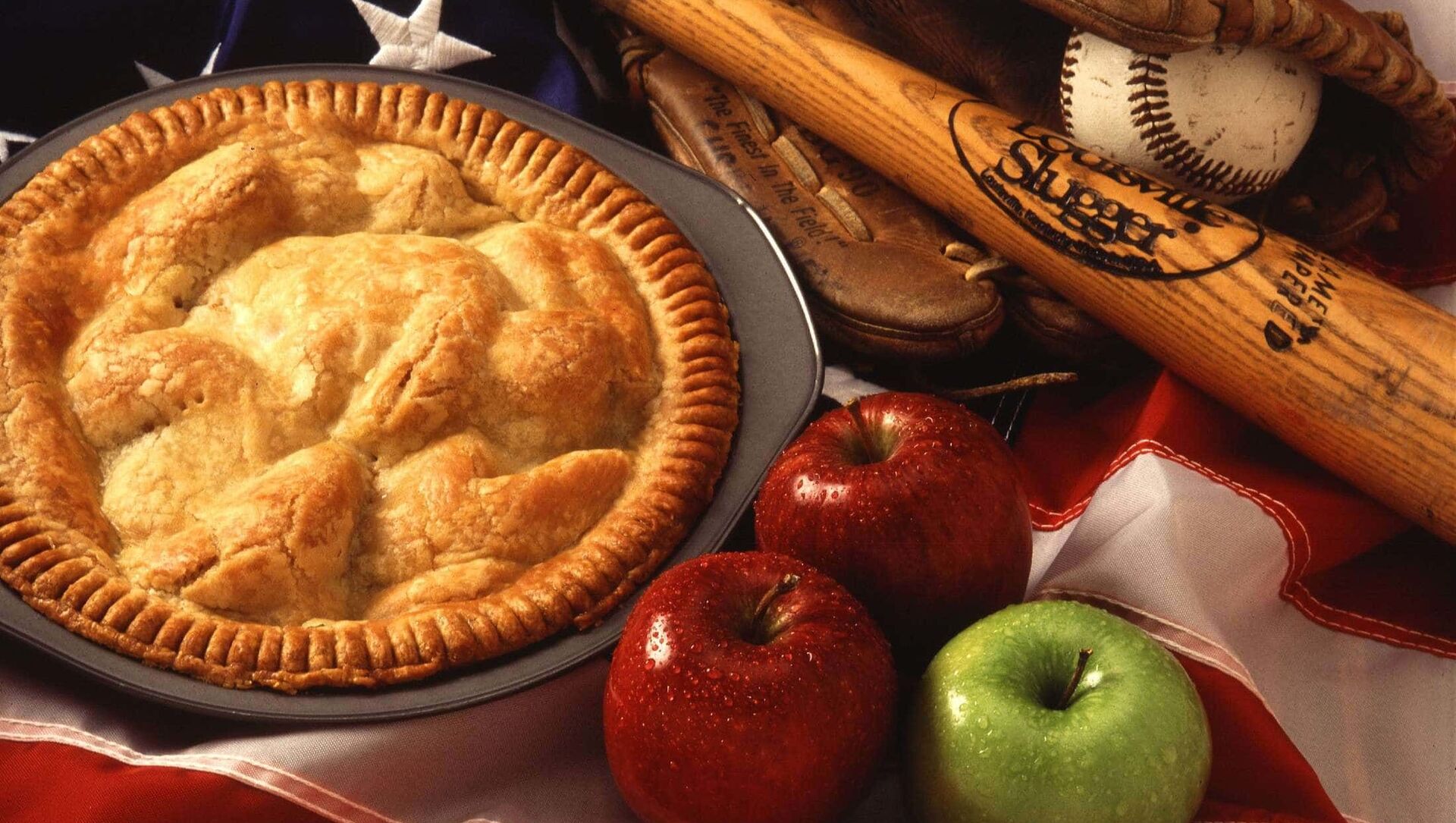 Aleksandra Serebriakova
Sputnik correspondent specializing in foreign affairs.
All materialsWrite to the author
British Indian food writer Raj Patel is keen on pointing out food injustices around the world, his earlier book is titled ‘Stuffed and Starved: The Hidden Battle for the World Food System’.

The Guardian piece by Raj Patel linking American sugar-crusted apple pie to the “vast and ongoing genocide of Indigenous people” is causing both fury and surprise among readers, who are questioning whether the popular dessert is next in line to be cancelled as “racist”.

The UK’s failing socialist newspaper @guardian has published an article by a University of Texas #woke professor @_RajPatel which claims ‘apple pie’ is racist. Not the ingredients though, they only become #racist when you take them out of the oven.https://t.co/uSBhBTuffb

The article, titled ‘Food injustice has deep roots: let’s start with America’s apple pie’, was published in May but is still raising eyebrows over the author’s reflections on the history of colonialism and slavery enshrined in the dessert’s recipe and its sugary crust.

“Apples travelled to the Western hemisphere with colonists in the 1500s in what used to be called the Columbian Exchange, but is now better understood as a vast and ongoing genocide of Indigenous people,” Patel writes.

According to the author, even the gingham on which our apple pie lies is not “uniquely American” but rather linked to “war capitalism” over the British East India Company trade.

“The apple pie is as American as stolen land, wealth and labour. We live its consequences today,” the author claims, adding that “the bloody and international origins of the apple pie are subject to a collective amnesia.”

According to The Guardian newspaper(London), apple pie is racist too.

​The piece provoked an ongoing backlash from readers, with political commentator Ben Shapiro noting that the American treat turned into “an offensive symbol of white supremacy” in the 21st century:

I remember when we used to use the phrase "the flag, motherhood, and apple pie" to signify things about which Americans were unified. It is now "an offensive symbol of white supremacy" and "birthing people." So I guess we're still good with apple pie.

Patel, who has reportedly described himself in the past as someone with “very strong anarchist sympathies” did not call the apple pie “racist” per se. But many suggested on Twitter that it is exactly how the dessert will look to the woke crowd from now on.

Utter woke tosh. Apple pie, in 2021, is racist. Although absolutely nothing more than is expected from the impossibly left-wing Graun... https://t.co/ESUf7mBz2F

Sanity will prevail and the holy woke movement will crumble into the history books as a pathetic attempt of mediocrity seeking status.

Good grief, the article should have been titled, Going for the Gold in the Oppression Olympics. Of course gold is problematic as well, I'm positive of that. 🙄