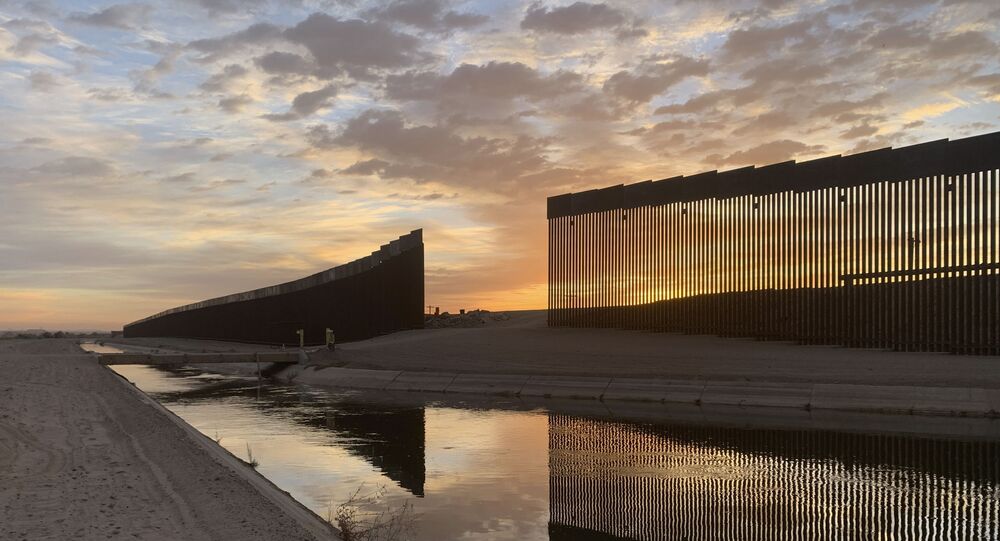 Two US Soldiers Charged With Smuggling Mexican Nationals Into Texas

Over the last several years, multiple reports have surfaced detailing cases in which US service members have been caught illegally smuggling immigrants across the US-Mexico border. In February 2020, dozens of US Marines were booted from the service for participating in such operations.

Two US service members stationed in Texas were recently charged with smuggling two Mexican nationals across the US-Mexico border and into the Lone Star State, incidentally just as leadership within the state has put down millions to fund the ever-controversial border wall project.

Citing court records, the Associated Press reported that Fort Hood soldier Ralph Gregory Saint-Joie and Emmanuel Oppongagyare, a Pennsylvania National Guardsman stationed at the Central Texas installation, appeared in court on Tuesday. They are expected to remain in custody until their detention hearings the following week.

A criminal complaint filed by the US Attorney’s Office for the Southern District of Texas details that the two service members were initially caught on June 13 after being stopped by officials at the state’s Hebbronville Border Patrol Checkpoint.

Oppongagyare and Saint-Joie, who were both suited in their military uniforms, allegedly tipped off checkpoint officials after explaining that they took an “unusual” travel route from Zapata, Texas, to San Antonio, Texas, because it was the path suggested by their GPS. The complaint states that smugglers typically cite their GPS devices when such red flags appear. A followup inspection was subsequently ordered.

© REUTERS / JIM URQUHART
Asylum seekers are detained by U.S. Border Patrol at the border wall after crossing into the United States near Yuma

As a secondary inspection was being conducted on the vehicle, inspectors discovered two Mexican nationals hiding in the trunk of the sedan, prompting agents to place all four individuals under arrest.

Oppongagyare later revealed that he met an unidentified individual through Saint-Joie who had promised to pay him and his co-pilot an undisclosed amount of money to successfully transport a man and a woman from McAllen, Texas, to San Antonio. The Pennsylvania Guardsman further indicated that he had been given $100 at the start of the journey.

Both service members face up to 30 years behind bars if convicted on the smuggling charges.

The latest development at the US’ southern border surfaced just as Texas Gov. Greg Abbott has vowed to restart the construction of the US-Mexico border. Abbott, along with various other state officials, revealed at a Wednesday news conference that officials had allocated $250 million to resume the project.

It’s worth noting that this is far from the first time that US soldiers have been tied to human smuggling operations along the US-Mexico border. In early February 2020, 24 members of the 1st Marine Division in California were booted from the service for taking part in smuggling efforts. The year prior, another 16 Marines from the Golden State’s Camp Pendleton were cited for the same offenses.