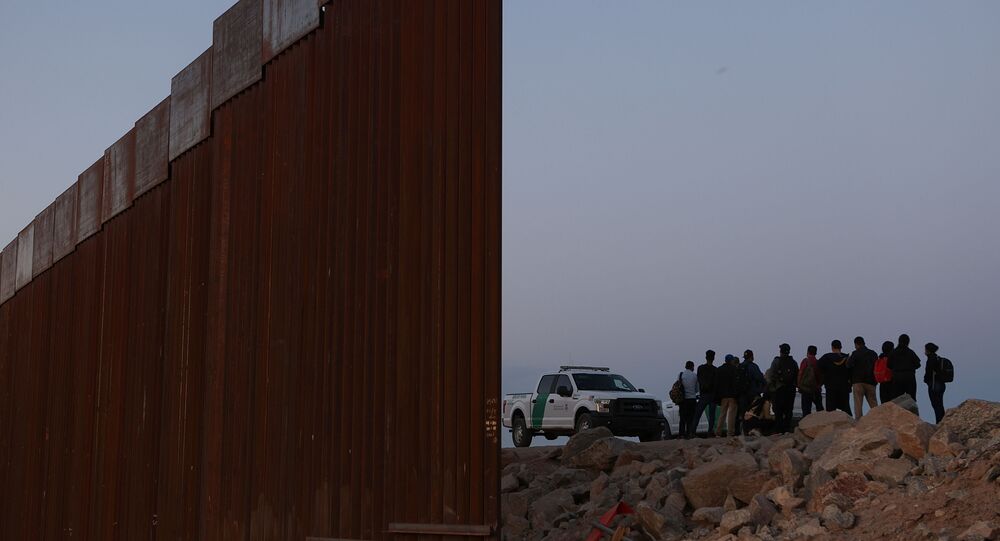 WASHINGTON (Sputnik) - Texas Governor Greg Abbott, a Republican, and other state officials have authorized $250 million to be used to begin building additional barriers along the border with Mexico, as part of an attempt to stem illegal immigration and drug trafficking.

Abbott, speaking at a press conference on Wednesday, asked for cash donations from private citizens to assist in paying for the border wall extensions.

"The letter we are about to sign provides $250 million to be allocated as a down payment to begin the border wall," he said. "It's more than enough to hire the project manager, the contractors, and to begin building the wall."

Abbott signed an additional letter demanding the immediate return of land taken by the federal government to build the border wall. Once that land is returned, however, the state will talk to those property owners about using their land to build the wall, Abbott's office said in a separate statement.

US President Joe Biden, following his inauguration, halted all border wall construction that his administration had inherited from the Trump White House. Land was seized from Texas property owners under the Trump administration as part of the latter's campaign promise to build more border walls on the southern border.

US Customs and Border Protection data revealed this month that the number of asylum-seeking migrants apprehended along the southern border with Mexico in May set another record, reaching a new 21-year monthly high of 180,034.

A reported 929,868 migrants have been apprehended illegally crossing the US-Mexico border since October 2020, putting the Biden administration on pace to break the previous annual record of 977,509, set in 2019.