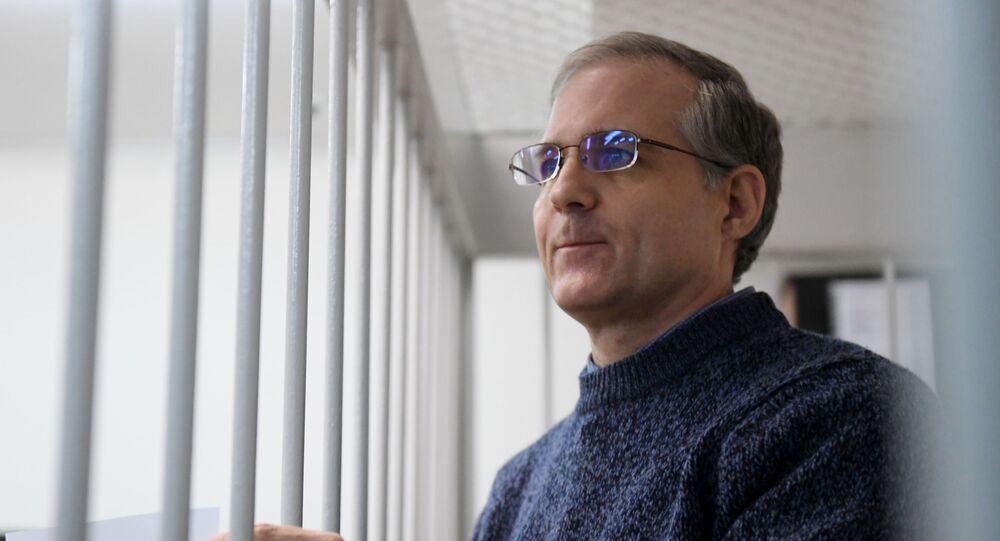 An American citizen who also has Canadian, Irish and British passports, Paul Whelan was arrested in Russia in 2018 and sentenced to 16 years behind bars, accused of espionage.

Former US Marine Paul Whelan called on US President Joe Biden to return him to the United States from Russia where he is serving a prison sentence for espionage, according to an audio message released by the Whelan family on Monday.

"President Biden, after 30 months of being wrongly detained by the Russian government, which is twice as long as American citizens were held hostage in Tehran, I implore you to bring this appalling case of hostage diplomacy to an end... Please bring me home to my family, and my dog Flora, where I belong," Whelan said in the audio message.

In the beginning of the audio recording, Whelan's brother David revealed that it was made on 30 May, and Paul requested that it be released before the Putin-Biden summit.

Earlier, CNN reported, citing the US judge who sentenced Russian national Victor Bout to 25 years in prison, that it would make sense if Bout was exchanged for someone like Whelan. However, Russian Deputy Foreign Minister Sergey Ryabkov said that Whelan is not on lists for potential Russia-US prisoner exchanges.

"If the Americans agree to use the mechanism of the Council of Europe Convention on the Transfer of Sentenced Persons, we are ready to hand over their citizens to the Americans in return," Ryabkov said. "There were some discussions at the previous stages of who exactly in this connection we could have in mind, but Mr. Paul Whelan, anticipating your question, was not on those lists."

Whelan, who was arrested in December 2018 in Russia and accused of espionage, has maintained that he is innocent, insisting that he came to Russia for a friend's wedding. According to court documents, he has frequently visited the country since 2007.

Whelan asked the American president to bring him back to the US days before Biden is scheduled to meet his Russian counterpart in Geneva to discuss a range of issues regarding the bilateral relations. Putin also noted that he was ready to consider an exchange of prisoners with the United States.