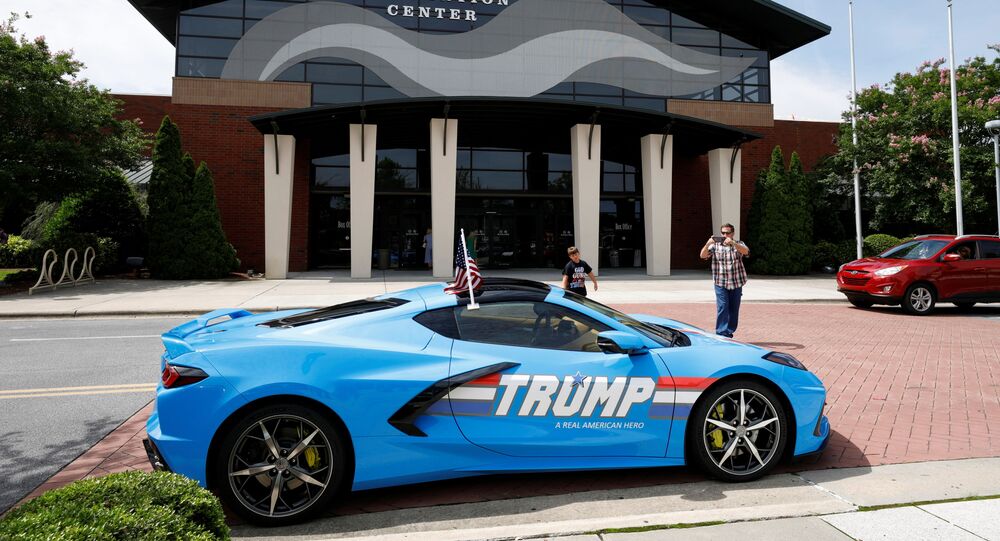 Democrats saw their majority in the House of Representatives cut to a small margin in the November 2020 elections, although they won an effective Senate majority. A Mexican border migrant crisis and other Democrat moves considered by some to be divisive could swing enough votes for a Republican victory in the mid-terms.

The former US president, Donald Trump, will tell Republicans that the "survival" of the US depends on the GOP winning control of the government "at every level", starting with the US Congress in the 2022 mid-term elections.

"The survival of America depends upon our ability to elect Republicans at every level - starting with the midterms next year," Trump will reportedly say, "Together, we are going to defend our freedoms, we are going to stand up for our values, and we are going to take back our country!"

Democrats saw their majority in the House of Representatives eroded in the November 2020 elections, but won an effective majority by one in the Senate due to Vice President Kamala Harris' formal role as chair of the upper chamber.

But a series of executive orders from President Joe Biden and a swelling immigration crisis at the Mexican border could galvanise conservative voters to turn out in larger numbers for the mid-terms, while Democrat voters could be put off by Biden's side-stepping of positions dear to the party's more left-leaning members.

© AFP 2021 / BRENDAN SMIALOWSKI
Trump Says Idea to Become House Speaker 'So Interesting'
The billionaire political outsider will also hail the possible vindication of his consistent claims that China was to blame for the COVID-19 pandemic.

"The media, the Democrats, and the so-called experts are now finally admitting what I first said 13 months ago: the evidence demonstrates that the virus originated in a Chinese government lab," Trump is set to boast.

The 45th US president will also seize on what some in the sector are calling an oil supply crisis that has seen petrol pump prices skyrocket in a few areas, with panic buying and shortages in a handful of states.

"I killed the Russian pipeline, but Joe Biden killed the Keystone pipeline," he will say, referring to the European Nord Stream 2 gas transit scheme and a long-delayed oil feed from Canada, respectively.