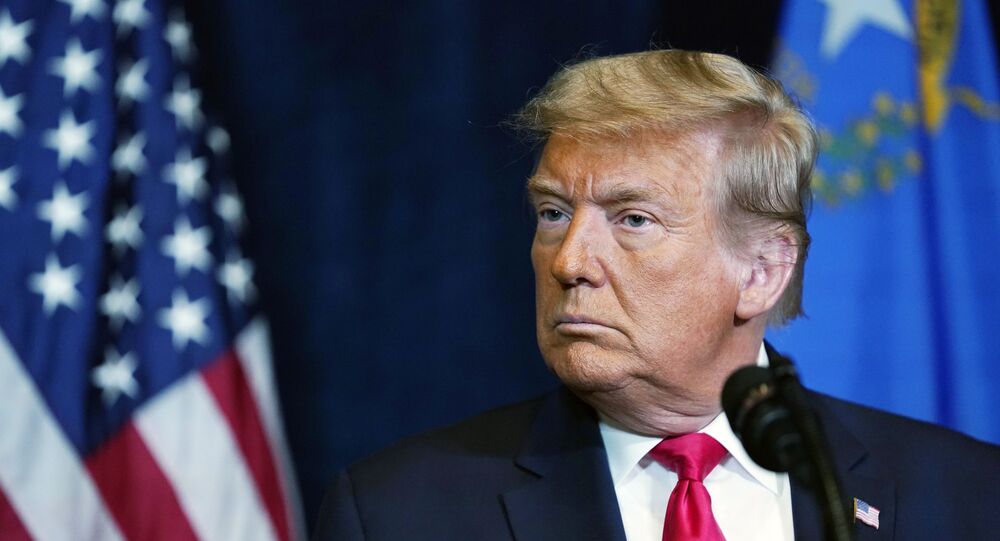 WASHINGTON (Sputnik) - Former US President Donald Trump will deliver on Saturday his second major public address since leaving the White House in an effort to consolidate his position at the helm of the Republican Party ahead of 2022 and 2024 election campaigns.

Trump is the headline speaker at the Republicans’ North Carolina State Convention in Greenville. With an eye on the mid-terms, he is expected to embrace his loyalists and go against party dissidents who sought to ostracize him, shed further light on expectations of another run for president and take aim at his successor Joe Biden’s policies.

Trump is likely to attack Biden for easing immigration restrictions, swelling budget expenses, retracting government support for the oil and gas industries, returning the US to the Paris Climate Accord and the World Health Organization, trying to revive the 2015 nuclear agreement with Iran and abandoning a hard line position toward China.

Most recently, Republicans and their media sympathizers are mounting criticism on Biden for his perceived failure to stand up against Russia in the wake of ransomware attacks and reneging on attempts to block the Nord Stream 2 gas exporting project.

Trump’s address at the North Carolina convention dinner will be his second public appearance in the ex-President capacity, more than three months after a speech at the Conservative Political Action Committee (CPAC) gathering in his new home state of Florida. There, Trump repeated claims of having won last year’s election and suggested that he “may even decide to beat them for a third time” in 2024.

As new electoral battles approach, Trump promises to resume rallies across the country. According to media reports, he is already booked for a July CPAC event in Dallas, Texas, another stop in his political comeback tour.