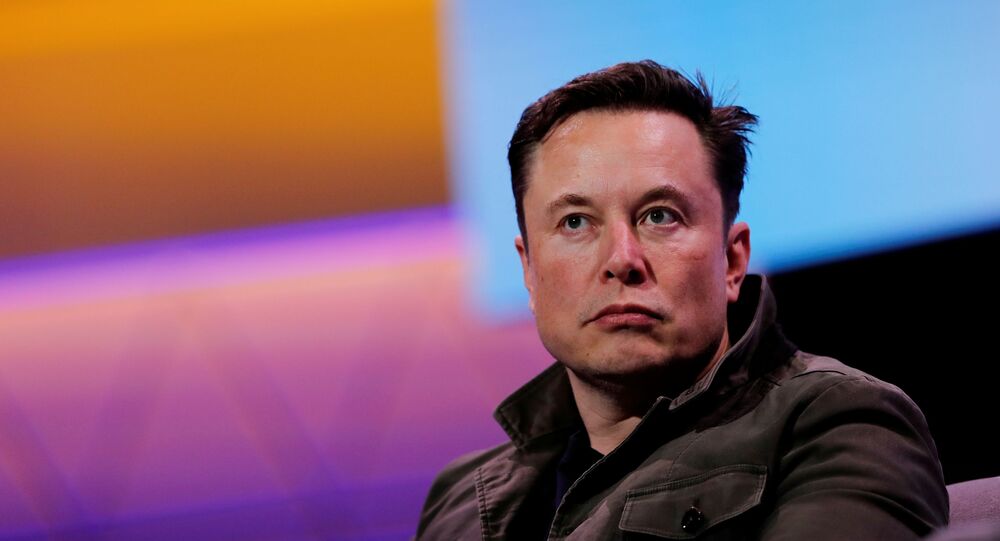 The largest cryptocurrency convention is taking place at the Mana Convention Centre in Miami's Wynwood neighbourhood and is estimated to attract some 50,000 attendees. Several high-profile speakers, including Twitter CEO Jack Dorsey, have taken the floor at the two-day event.

The Bitcoin 2021 conference has kicked off in Miami, but the atmosphere at the biggest crypto gathering has been tarnished by bitterness as Tesla CEO Elon Musk posted a tweet that investors believe caused bitcoin to sink on Friday.

One of the speakers, host of the Keiser Report Max Keiser repeatedly shouted "We're not selling! F**k Elon!" to the cheering crowds at the conference.

Animosity towards the billionaire could already be felt outside the Mana Convention Centre, where the event is taking place. Several billboards taking aim at the entrepreneur have been set up in the city, featuring National Football League player Russell Okung with words "Stick to Space Elon" inscribed in capital letters.

On Friday, ​Musk posted a tweet hashtagged "Bitcoin" and containing an emoji of a broken heart with a meme of a couple breaking up attached to the post.

​Following the publication, bitcoin dropped nearly 7%, reversing its gains ahead of the conference.

The tech entrepreneur previously announced that his company Tesla had stopped accepting bitcoin as payment due to environmental concerns regarding the cryptocurrency's mining process, which is performed with the help of powerful energy-consuming computers. The announcement caused BTC to lose 15% of its price.