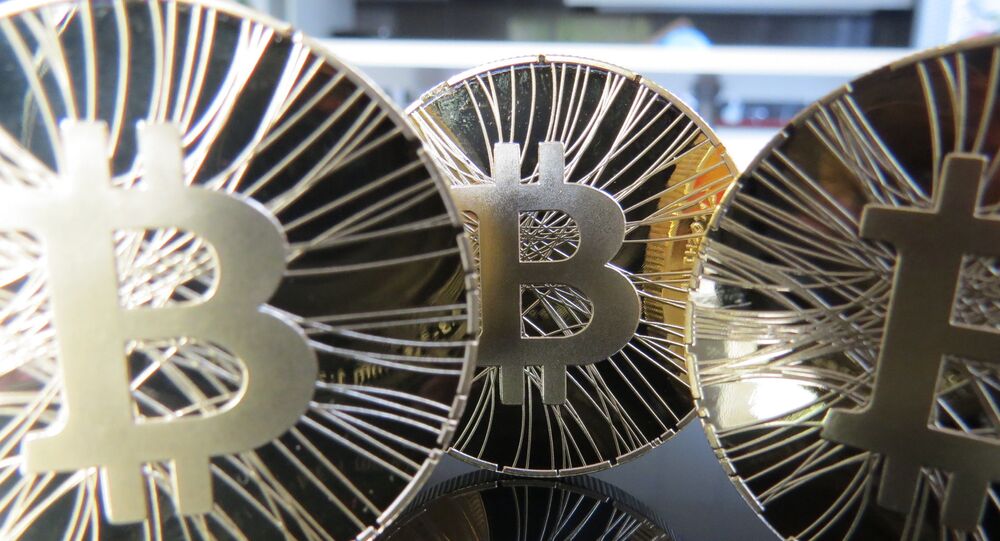 The Tesla founder announced that his company has stopped accepting Bitcoin as payment for electric vehicles over concerns about the negative environmental impact of cryptomining.

Bitcoin dropped on Wednesday, losing 15 percent of its price after Elon Musk raised concerns over the increasing use of fossil fuels for mining, saying that he is looking at "other cryptocurrencies that use <1% of bitcoin's energy/transaction".

"Tesla has suspended vehicle purchases using Bitcoin. We are concerned about rapidly increasing use of fossil fuels for Bitcoin mining and transactions, especially coal, which has the worst emissions of any fuel", Musk tweeted.

Bitcoin's price declined from $56,700 to around $45,700, reaching its lowest point since March. However, the cryptocurrency managed to rebound later, standing at around $50,000.

© REUTERS / Dado Ruvic
Representations of virtual currency Bitcoin are seen in front of Tesla logo in this illustration taken, February 9, 2021.

Previously, Tesla had bought $1.5 billion worth of the cryptocurrency, with Musk praising Bitcoin and sharing memes, which resulted in a major price surge.

Earlier this week, Musk also shared a Twitter poll, asking his followers whether Tesla should accept Dogecoin as payment for its products. Some 78.2 percent of respondents pressed "Yes", while 21.8 percent rejected the idea.

Launched in early 2009, Bitcoin is the biggest cryptocurrency in the world by market capitalisation. It's based on blockchain technology that ensures the security of its transactions. Its price started surging significantly last autumn, surpassing $10,000 and rising sixfold by March.