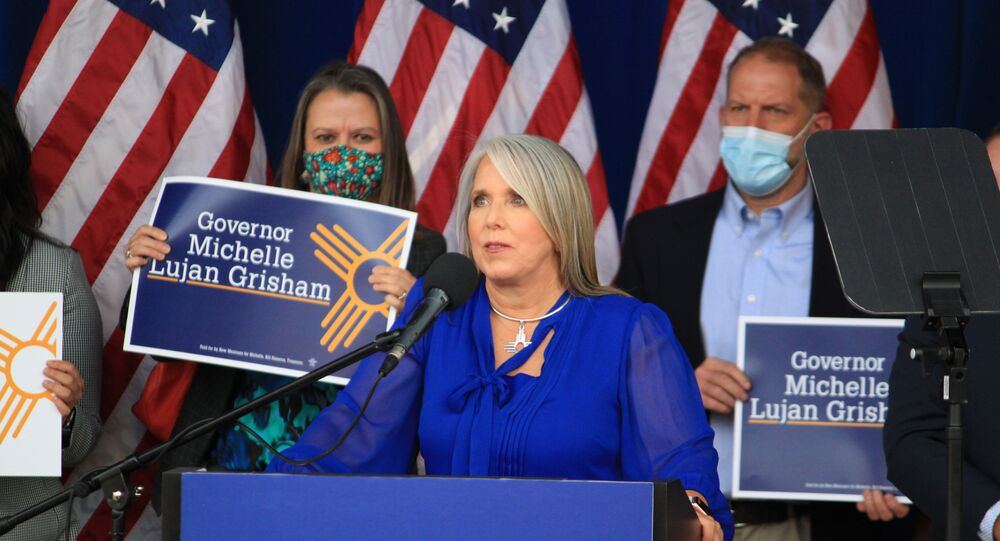 The politician lashed out at the protesters, who have been criticising her coronavirus pandemic response, as well as the governor's spending and personal behaviour.

New Mexico Governor Michelle Lujan Grisham made a strange remark against a group of protesters, as she announced on Friday she will be seeking re-election.

"I know it's going to be loud, and I just have to say I'm sorry that we picked the same location that the QAnon lizard people meeting was at", she said, according to the newspaper the New Mexican, but then proceeded with her campaign plans. "In spite of that, I'm running for re-election for another four years. … We're going to do what we do best".

New Mexicans deserve a governor who will face their constituents in their frustration, not insult them. pic.twitter.com/7ivRagjQk4

The protesters, however, apparently were not accusing the governor of any occult activities and didn't promote any conspiracy theories, but rather slammed her for imposing too strict coronavirus restrictions in the state, and calling her "a mistake for New Mexico" for her behaviour. According to The Santa Fe New Mexican, the signs they were holding said "Stop Obeying", "Open All Businesses Now", and "Governor, We Are Not Your Subjects".

While many people in the state did not approve of Grisham's policies, the governor was reportedly offered an interior secretary position in the Biden administration. She, however, turned it down.

At the same time, the politician is mired in several scandals, including reports of using an encryption app for communications among staff (which may violate the Public Records Act), allegations of sexual misconduct, and reports of breaching her own stay-at-home orders amid the pandemic.