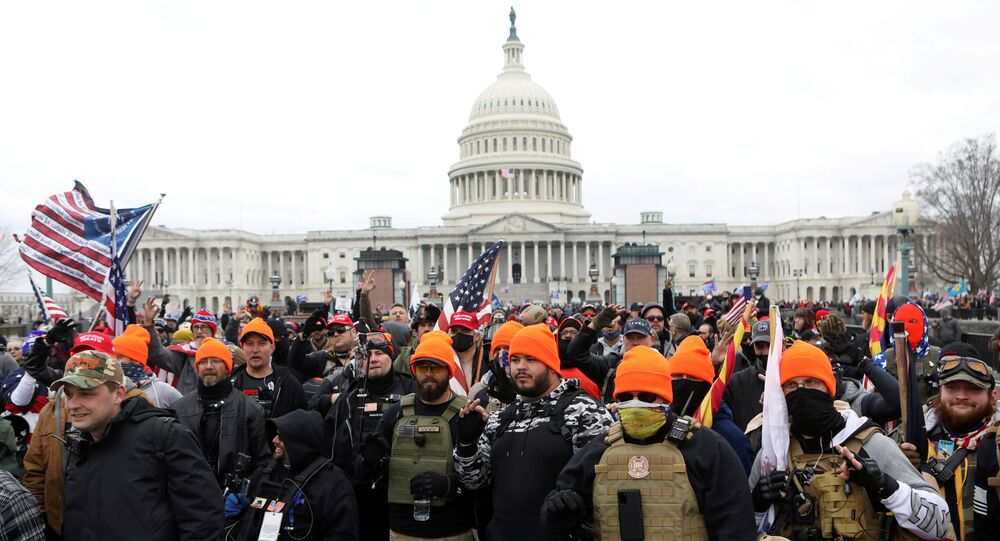 WASHINGTON (Sputnik) - US prosecutors are expecting to charge at least 550 individuals in connection with the riot at the Capitol on January 6 of this year, court filings revealed on Friday.

Previous estimates anticipated charging 500 people for trespassing, engaging in disruptive or violent conduct in the Capitol itself or on Capitol grounds, destruction of government property, theft of government property, assaults on federal and local police officers, civil disorder, obstruction of an official proceeding, possession and use of destructive devices and conspiracy.

“The investigation and prosecution of these crimes will likely be one of the largest in American history, both in terms of the number of defendants prosecuted and the nature and volume of the evidence. Over 450 individuals have been charged. The investigation continues and the government expects that at least one hundred additional individuals will be charged,” the filing said.

The court filing added that more than 900 search warrants have been executed in all 50 US states and Washington, DC as part of the investigation.

The aforementioned filing came from the case against Klete Derik Keller, a former Olympic gold medalist in swimming who is being charged with civil disorder, obstructing an official proceeding, and an array of related misdemeanor violations related to unauthorized entry in the Capitol.