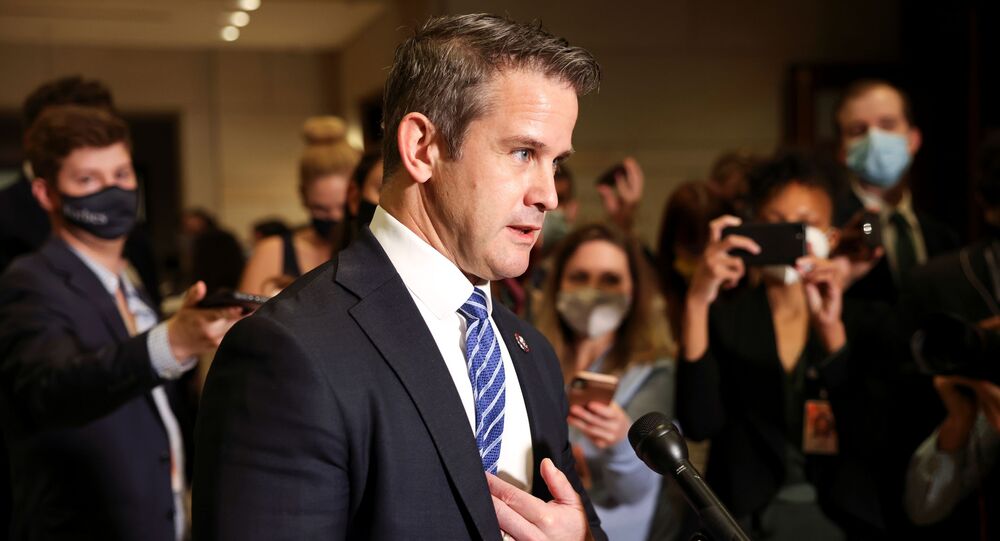 On Friday, Republicans in the US Senate moved to block a bipartisan bill that calls for the formation of a commission to probe the deadly riot at the US Capitol building. GOP leaders have argued that law enforcement officials and a number of congressional committees are already investigating the January 6 incident, which resulted in five deaths.

"This is why we need a January 6 commission," Kinzinger tweeted, hours before the accompanying measure failed in the US Senate.

"Four months after an insurrection at the Capitol, we’re hearing this language at another rally where so-called 'leaders' are stoking fears & anger and inciting violence."

Kinzinger's tweet quoted footage from Gaetz's "America First" rally, which took place in the state of Georgia on Thursday.

Matt Gaetz to loud standing ovation tonight: “The 2nd Amendment is about maintaining within the citizenry the ability to maintain an armed rebellion against the government of the United States, if that becomes necessary.” pic.twitter.com/RLh5q4YlN0

"Silicon Valley can’t cancel this movement, or this rally, or this Congressman," Gaetz remarked in the video. "We have a Second Amendment in this country, and I think we have an obligation to use it."

During the rally, the US representative from Florida also addressed the "fake news media," arguing that the Second Amendment is not about hunting, recreation or sports, but "maintaining within the citizenry the ability to maintain an armed rebellion against the government."

"If that becomes necessary," he clarified.

Rep. Ted Lieu (D-CA) has also spoken out against his colleague's comments, and demanded that Gaetz be removed from the House Judiciary Committee.

"It’s a conflict of interest for Gaetz to have oversight over the DOJ that is investigating him for sex crimes," Lieu tweeted.

Gaetz has declared that he stands by "every word" and believes social media distorted the context of his statement.