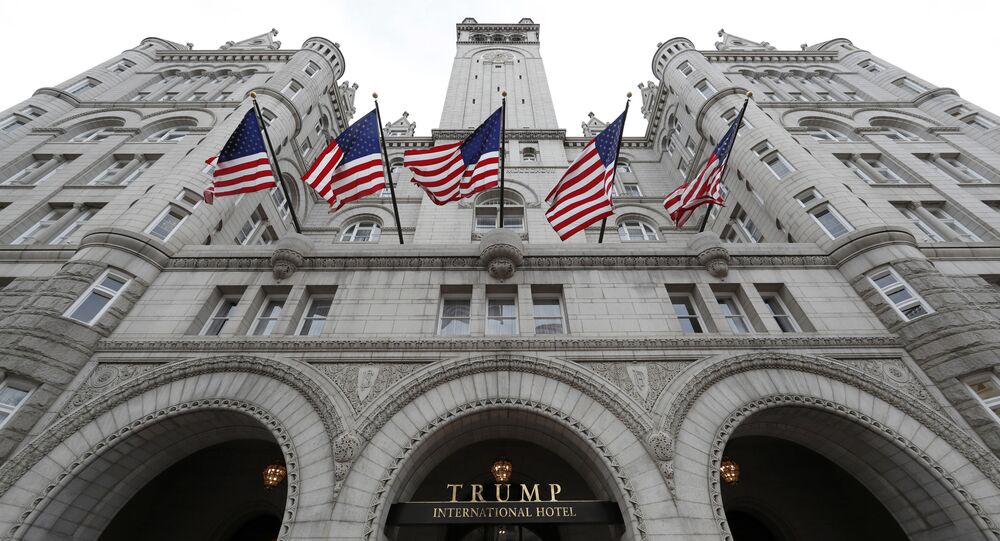 Trump International was reportedly among several hotels monitored by the police, who were looking for possible threats against Joe Biden’s inauguration and Trump’s impeachment hearings.

Trump International Hotel Washington, DC raised its rates in early march to deter QAnon conspiracy theorists from staying there before March 4; many QAnon protestors believe Donald Trump should have been inaugurated on this date, police intelligence documents said.

The price hike story was first reported on 6 February by Forbes and Business Insider. The story was then verified by a intelligence report dated 8 February that was stolen from Washington’s Metropolitan Police Department by the Babuk hacker group before being sent by the Distributed Denial of Secrets group to several news companies, The Guardian wrote.

“MPD’s intelligence division confirmed with Trump Hotel management that they raised their rates as a security tactic to prevent protesters from booking rooms at their hotel should anyone travel to DC,” the internal police document read.

The document also said that the hotel was “not aware of any credible information regarding an event actually taking place on that date,” and that “none of the hotels in [Washington] are showing any noticeable increase in hotel reservations for this timeframe."

In early February, the US mainstream press focused its spotlight on a QAnon conspiracy theory saying that ex-President Trump would be "sworn-in" again on 4 March 2021, an idea rooted in the fact that March 4 was previously the date that American presidents were inaugurated until the ratification of the 20th Amendment. Despite media warnings, however, there were no riots on that day.

QAnon is suspected of stoking the 6 January mayhem at the Capitol, when dozens of people stormed into the Capitol building, prompting the deployment of US National Guard troops in the area for months afterwards.

Trump was accused of “inciting an insurrection” and impeached by the US House of Representatives after the “Stop the Steal” rally in Washington in his support morphed into the riot, but was later acquitted by the US Senate.

The former US president, who called on supporters to oppose Joe Biden's nomination “peacefully” during the rally, denied any wrongdoing, saying that what he said was “totally appropriate."