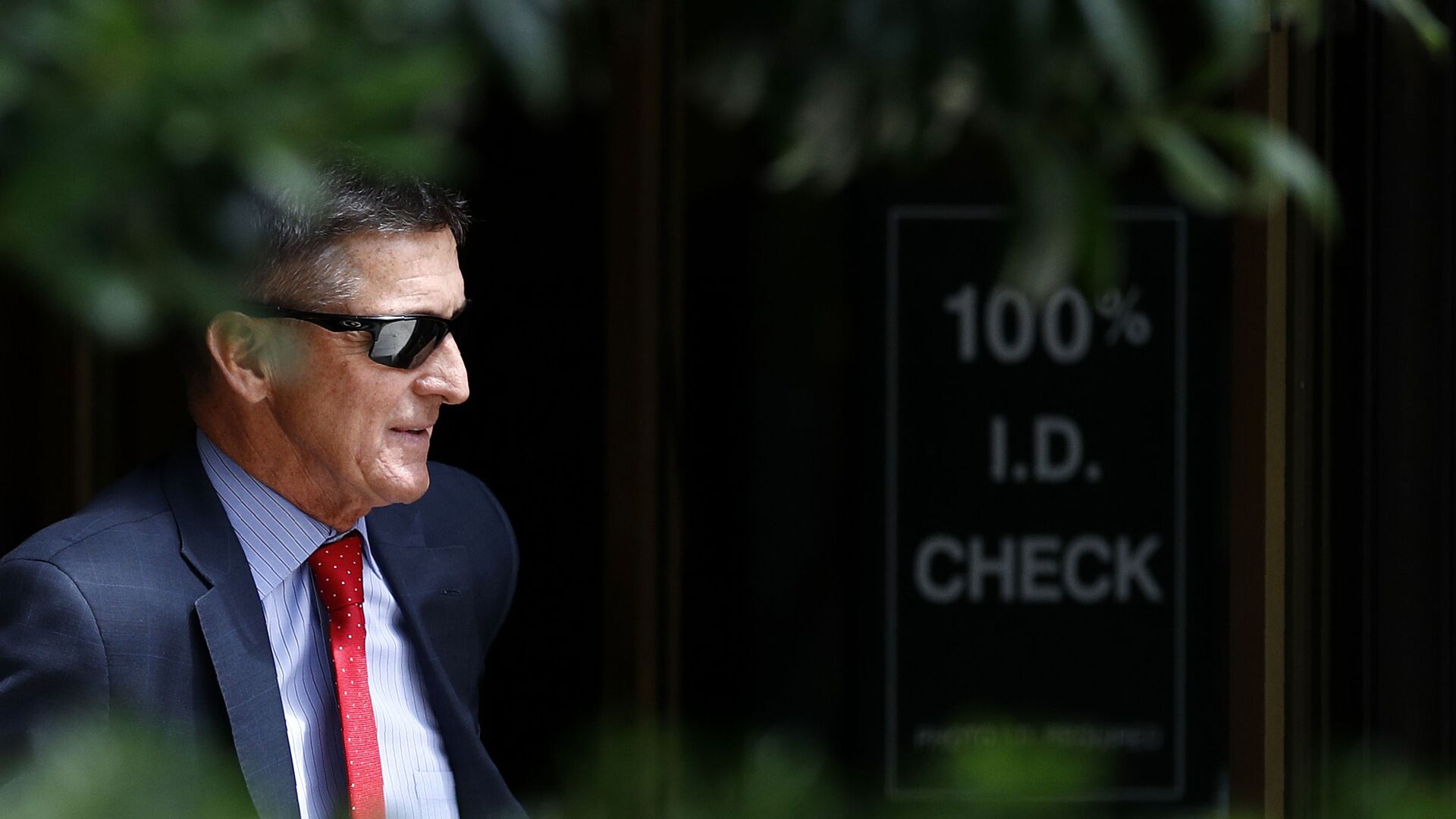 Ilya Tsukanov
All materialsWrite to the author
The QAnon movement is known for making a series of fantastical claims, including the assertion that President Donald Trump fought to defeat an elite cabal of Satan-worshiping pedophiles during his time in office. In January, former Trump national security advisor Michael Flynn was banned from Twitter after being accused of pushing QAnon theories.

John ‘Jack’ Flynn, brother of former Trump National Security Advisor Michael Flynn, is suing CNN for defamation, accusing the news network of spreading false claims about him and his family and seeking $75 million in compensation.

The lawsuit, filed by John Flynn and his wife Leslie in the US District Court in New York on Thursday, is based on a report aired on CNN on 4 February which the plaintiffs say falsely implies that the Flynn family pledged allegiance to QAnon by using edited excerpts from a video in which they recite the oath to the Constitution taken by members of Congress at a 4 July family gathering alongside Michael Flynn.

At the end of the oath, Michael Flynn says “Where we go one, we go all,” a known QAnon motto, with the family heard responding “God Bless America.” John and Leslie Flynn accuse CNN of editing out the pledge, and suggest that the "Where we go one, we go all" statement is really a reference to an inscription “engraved on a bell on one of President John F. Kennedy’s sailboats, acknowledging the unity of mankind,” and has nothing to do with QAnon.

The lawsuit argues that CNN’s “false attributions” exposed the Flynn family to “public scorn, ridicule and contempt, and lowered their esteem in the community, causing insult, embarrassment, humiliation and substantial injury to Plaintiffs’ reputations,” and seeks damages.

The defamation suit also accuses network and other “left-wing media outlets” of spreading “false narratives” about the Flynns’ role in QAnon, including the claim that General Flynn was the movement’s “founder.”

CNN did not immediately respond to the allegations, telling The Hill that it does not discuss litigation as a matter of policy.

Michael Flynn pleaded guilty to making false statements to the FBI about his contacts with Russian diplomats following Donald Trump’s victory in the 2016 presidential election, but later withdrew his plea, accusing the FBI of entrapping him. He was formally pardoned by Trump in December.

Twitter Bans Accounts of Flynn, Powell Over QAnon Conspiracy Theories - Reports
Flynn and his attorney Sidney Powell were banned from Twitter in January, with the social media giant announcing that the measure was taken as part of a wider purge of accounts “solely dedicated to sharing QAnon content.”

Adherents of QAnon believe Trump and his staff sought to uncover and combat a hidden cabal of insiders in Democratic Party politics and the mainstream media secretly run by underground child trafficking ring-running pedophiles. The group has also made other fantastical claims – including that North Korean leader Kim Jong-un was installed by the CIA, or that the Rothschild family leads a satanic cult.

QAnon is suspected of having been heavily involved in January’s mayhem at the Capitol.

In 2019, the FBI identified QAnon members as a potential domestic terrorism threat.