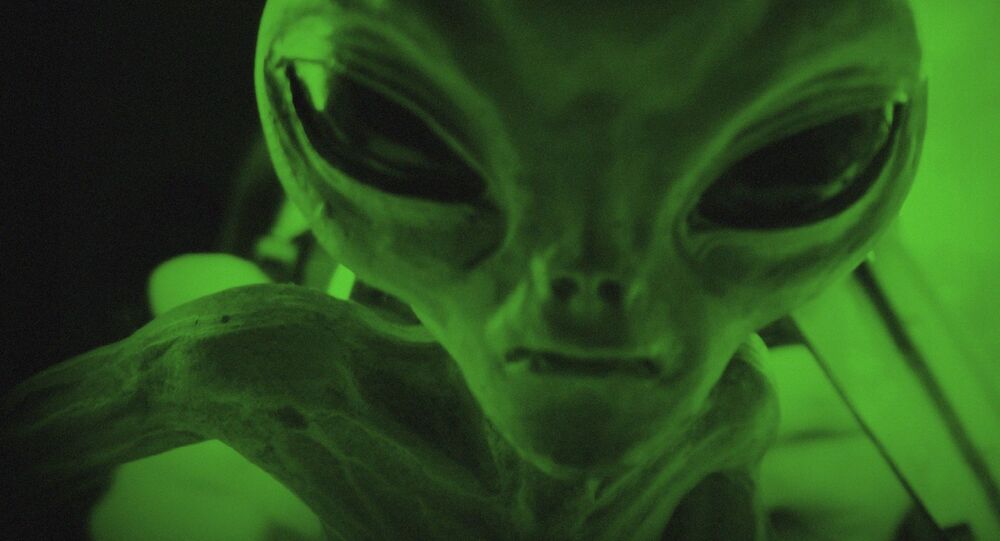 Biden Being Mysterious on UFOs... Like Every Other US President

Secretive winking and dodging has apparently become the tradition for US presidents when asked about extraterrastrial life and what the American government might know about it. The sitting president appears to have now joined the club.

US President Joe Biden appeared to laugh off a question about UFOs during a Friday press conference after his meeting with South Korean President, Moon Jae-in.

Fox News correspondent Peter Doocy referred to recent comments made by former US President Barack Obama when he was asked about alleged government secrets of UFO sightings, re-addressing the question to Biden.

"President Obama says that there is footage and records of objects in the skies, these unidentified aerial phenomenon. And he says we don't know exactly what they are. What do you think that it is?", Doocy asked.

Biden, however, turned out to be not that easy to immediately give away what he may, or may not know, on the topic.

"I would ask him again", he responded before walking off the stage, immediately sparking speculation from netizens, who again suggested that the government is hiding something on UFOs.

. . . "ask him again." - - In other words, Biden also thinks "we don't know what they (UFOs) are." In other words, he is speaking in innuendo, threading the needle while awaiting appropriate timing. Y'all expect him to just say "yes, UFO's are real, UFO's are here?" LOL!

I think he choked, but I’m also beginning to wonder if he didn’t want to weigh in with the leader of another country and another country’s flag behind him. That photo would have been etched in history. Maybe he wants it to be a US-centric moment?

Something is very off with this Aliens story.

​Some would rather laugh at Biden, who, according to some users, looked baffled by the question.

the face of a man who really looks like he knows what's going on pic.twitter.com/i8KCwlOvni

​Earlier in the week, UFO speculations were again fueled when former US President Barack Obama hinted that the US government has knowledge of "objects in the skies that we don’t know exactly what they are" and said mysteriously that there are "some things I just can’t tell you on air." He was quick to note, however, that he has "nothing to report to you today" on alleged UFO sightings.

Some UFO enthusiasts are buzzing in anticipation of a forthcoming Pentagon task force report that purports to amass all information in possession of the US military on UFO sightings, expected to be unveiled on 1 June.

The report could become the source of alien information craved by those who bombard US presidents with questions about UFOs, usually receiving similar reactions, with commanders-in-chief playing coy or being mysterious, like former US President Donald Trump, who, at the time of his White House tenure, stated that he would "take a good, strong look" into extraterrestrial life. Whether that look happened and what he may have seen has not been disclosed.