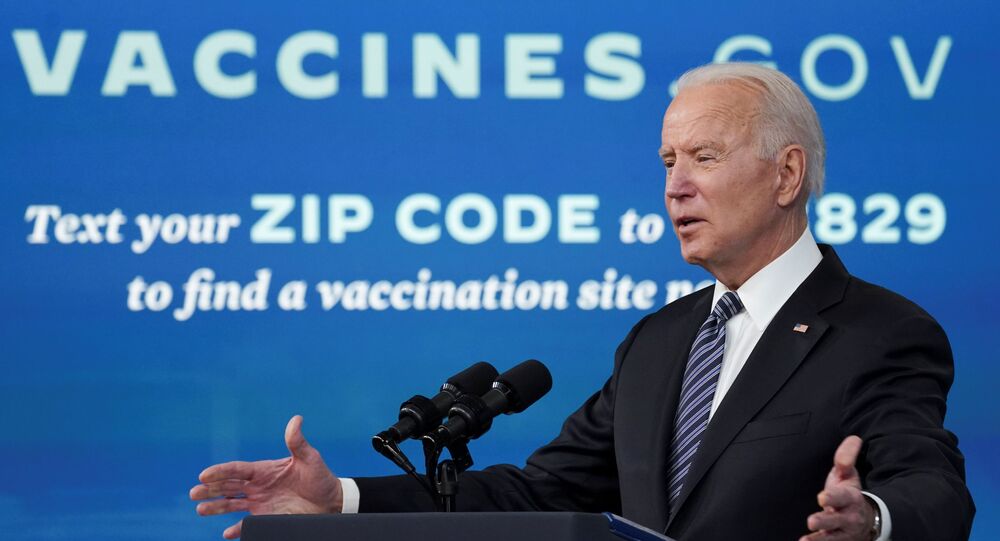 Video: Biden Says He is 'Not Supposed' to Answer Extra Questions at Press Conference

White House Press Secretary Jen Psaki said in an interview with David Axelrod that the president had been advised not to take impromptu questions, but added that he does the press conferences his way anyhow.

US President Joe Biden has said he is "not supposed" to take any extra questions from reporters as he was leaving a press conference in the White House. He did not explain why this ban exists, but added that he still agrees to take supplementary questions from time to time:

"You guys are bad, I'm not supposed to be answering all these questions. I'm supposed to leave but I can't resist your questions," Biden said.

After answering one question regarding his meeting devoted to the proposed major infrastructure reform, the president decided it was finally time to go, despite the reporters' asking about Americans' concerns regarding rising consumer prices in the US.

“President” Biden is exactly what we thought he’d be: A semi-conscious doddering geriatric acting as a veneer for the intelligence apparatus that actually runs the government. pic.twitter.com/nIgSdFrQyP

This strategy was partially explained by White House spokeswoman Jen Psaki, who said in an interview with CNN's David Axelrod that Biden was often "not recommended" to take questions from the press but she added that he does not necessarily follow this advice.

"He's going to do what he wants to because he's the president of the United States", Psaki said.

The press secretary justified such recommendations by the need to "use [Biden's] time" carefully and focus on the questions that the public - in the White House's opinion - "care about".