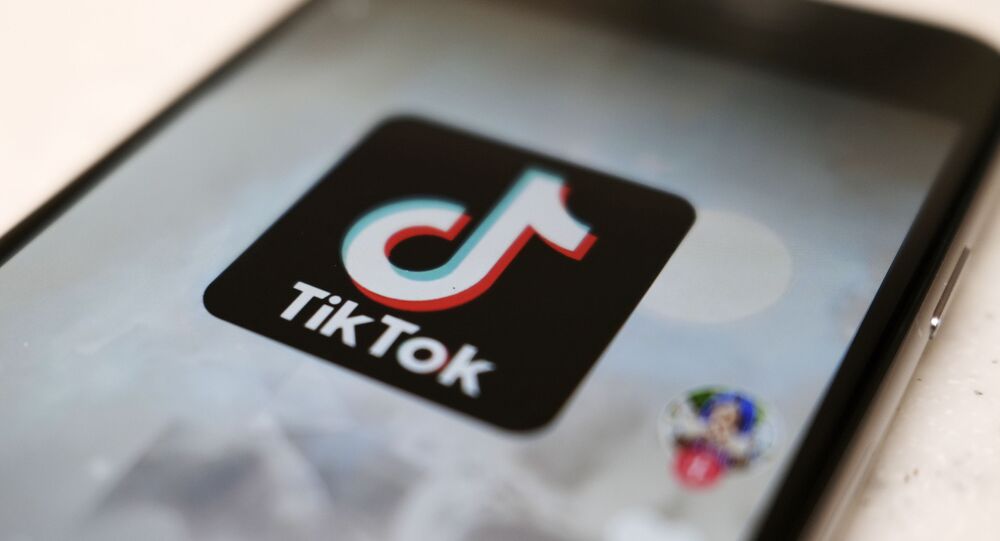 The members of Congress have requested information on how the company tackles the illegal activity and the mechanisms it uses to engage with federal agencies.

"We are deeply troubled by media reports that cartels are brazenly recruiting people to conduct smuggling and other illicit activity via TikTok," the letter to CEO Chew Shou Zi read.

Previously, FoxNews reported that cartels on the southern US border have been recruiting American teenagers using social media including TikTok to smuggle illegal immigrants into the United States.

According to the TV channel’s sources, the recruited kids often use their parents’ vehicles to make these trips to ferry migrants, without them knowing.

The cartels appeared to offer more than $3,000 to teens and young adults to transport smuggled migrants into the US when they reach the border, taking them through the checkpoints to the drop-off location.

"It appears that via your platform cartel members are openly glorifying and normalising illegal behaviour and violence to recruit new members, most recently American teenagers," the letter says.

The news comes amid an escalating crisis on the US southern border, with the number of illegal migrants encounters by officials topping 172,000 in March. Biden used the word “crisis" to describe the situation, but later the White House clarified that he meant that there was a crisis in Central America (the 'northern triangle' states of Honduras, El Salvador and Guatemala) which people are fleeing. Previously, the US president told migrants “don’t come” in an interview with ABC News and cited Covid-19 restrictions. According to the US State Department's Overseas Security Advisory Council, there were 3,996 murders in Honduras in 2019, comparable to the annual number recorded in the EU-27, in a country of fewer than 10 million people.

Trump had to declare a national emergency to secure funds to build a wall on the border with Mexico, after massive caravans of migrants from Central American countries seeking asylum began to move toward the US through Mexico in the fall of 2018. The situation became more stable as Mexico later agreed to tighten controls on its northern border following a steady rise in punitive import tariffs. In the final three months of 2019, as reported by US Customs and Border Protection, arrests of illegal border crossers from the three Central American nations slowed to about 10,000 per month.

Since coming into office, Joe Biden has reversed several Trump-era immigration policies, such as the “Remain in Mexico” policy, which requires that migrants from Central American countries wait for asylum hearings outside the US. He also stopped the construction of the border wall and suspended the so-called “Asylum Cooperative Agreements” with Guatemala, Honduras, and El Salvador.