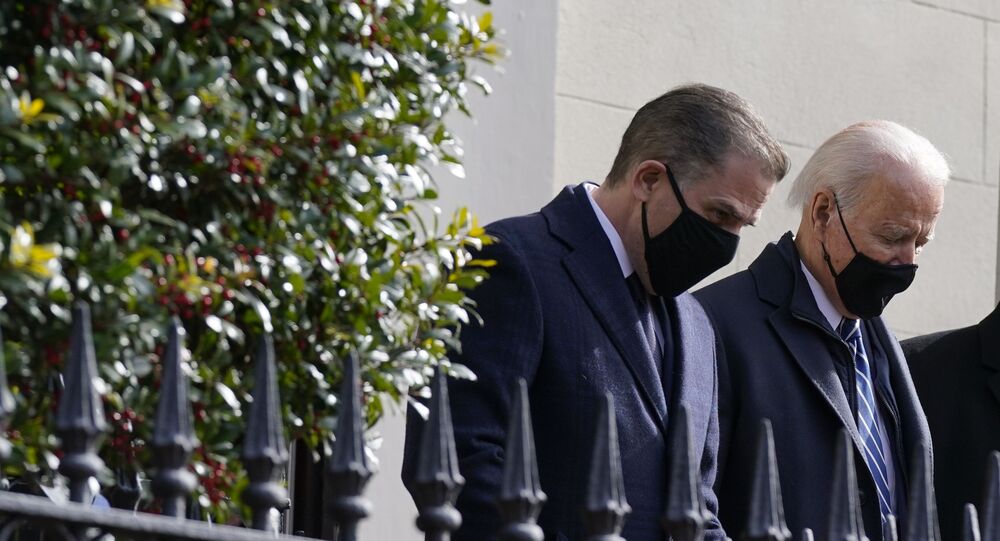 Although America’s founding fathers were proponents of religious rationalism and generally sought to keep religion out of politics, no president in the nation’s 244 year history has been openly atheist. In recent decades, a self-serving display of one’s religious identity has even been employed by many candidates to try to get votes.

President Joe Biden stirred up a Biblical storm in a teacup among conservatives after omitting the word “God” in Wednesday’s proclamation on the National Day of Prayer – an annual day of observance designated by Congress in the early 1950s during which Americans are asked to “turn to God in prayer and meditation.”

Conservative media pointed out that although President Donald Trump brought up the word “God” a total of 11 times in his 2020 proclamation, Biden did not say the word a single time, instead talking about America’s “remarkable religious vitality and diversity” and constitutional protections for “free speech and religious liberty.”

The absence of the word sparked anger and derision from Republicans and Christian religious leaders, with the latter consistently making up a crucial voting block for the GOP in primaries, state and federal elections.

“Our Government, which art in Washington, hallowed be thy taxes…”, Senator Ted Cruz of Texas mockingly tweeted, posting a link to a Breitbart story mentioning the lack of “God” in Biden’s proclamation.

Our Government, which art in Washington, hallowed be thy taxes.... https://t.co/eBpJRxQnMY

“Why would President Joe Biden omit God? Today marks the 70th annual National Day of Prayer and President Biden is the first POTUS to omit the word ‘God’ in his proclamation. That speaks volumes doesn’t it?” Franklin Graham, CEO of the Billy Graham Evangelistic Association, asked.

Why would President @JoeBiden omit God? Today marks the 70th annual #NationalDayOfPrayer & President Biden is the first @POTUS to omit the word “God” in his proclamation. That speaks volumes doesn’t it? https://t.co/YSdwcSLUvq

“If we truly want the blessings of the Lord on our country, then we must come humbly before Him, seek His face in prayer and repentance, and ask if He might by His grace and mercy bring healing to our troubled nation,” the son of the late evangelical pastor and businessman added. Graham also suggested that “omitting God is dangerous” and that “prayers to anyone or anything else are to no avail.”

The conservative outrage seems somewhat trite, however, because Biden did mention God in a separate address on Wednesday. In the message, the president said he’d “seen the power of prayer” in his own life, and said that he was “praying for the end of this COVID crisis.”

“You know, we’ve been blessed by an answer to the crisis. By the grace of God and the extraordinary work of researchers and scientists, we have vaccines that have proven to be safe and effective,” he said, while urging people to get vaccinated.

“Thank you for your prayers, and may God Bless you and all those you love and are concerned about on this day and every day,” Biden concluded.

Biden identifies as a Roman Catholic, and is the second Catholic president in US history after John F. Kennedy. He has occasionally brought up his religion on the campaign trail in 2020, quoting Pope Francis and recalling how his faith reportedly helped him in difficult moments in his life.

© REUTERS / Joshua Roberts
Biden's Plan to 'Carve Up' Iraq Into Three Regions Has Proven Disastrous, Iraqi Sociologist Explains
Some Catholic groups have questioned whether Biden is a good Catholic, pointing to his championing of the 1994 crime bill which led to a major spike in the incarceration of minorities for non-violent drug offences, and his support for the wars and regime change operations in Afghanistan, Iraq, Libya, Syria, Yemen, and elsewhere while in Congress and as vice president.
...
Reddit
Google+
Blogger
Pinterest
StumbleUpon
Telegram
WhatsApp
60