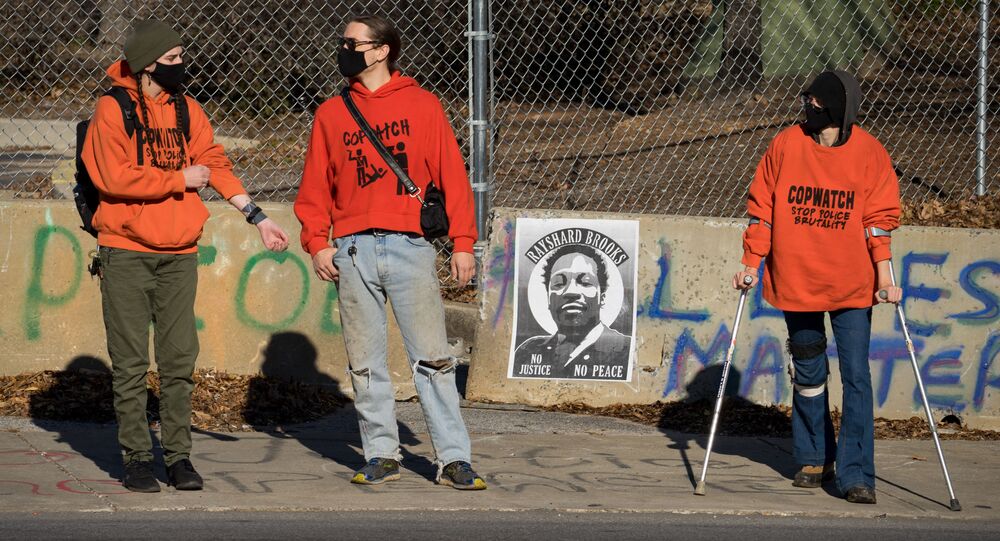 WASHINGTON (Sputnik) - The Atlanta officer who fatally shot Black man Rayshard Brooks last June got his job back but will remain on administrative leave, the city's police department said on Wednesday.

"The Civil Service Board (CSB) has reversed the termination of officer Garrett Rolfe only on the basis that they were not done in accordance with the Atlanta City Code", the Atlanta Police Department (APD) said in a statement.

The 27-year-old Brooks was shot and killed outside a Wendy's fast-food restaurant on 12 June 2020 following a scuffle with police officers who were attempting to arrest him after he fell asleep in his car. During the scuffle, Brooks took Rolfe’s stun-gun and attempted to fire it at him after which he ran and was shot.

The police department will conduct an assessment to determine if additional investigative actions are needed, the statement noted.

In the meantime, Rolfe will remain on administrative leave until criminal charges he currently faces are resolved, it added.