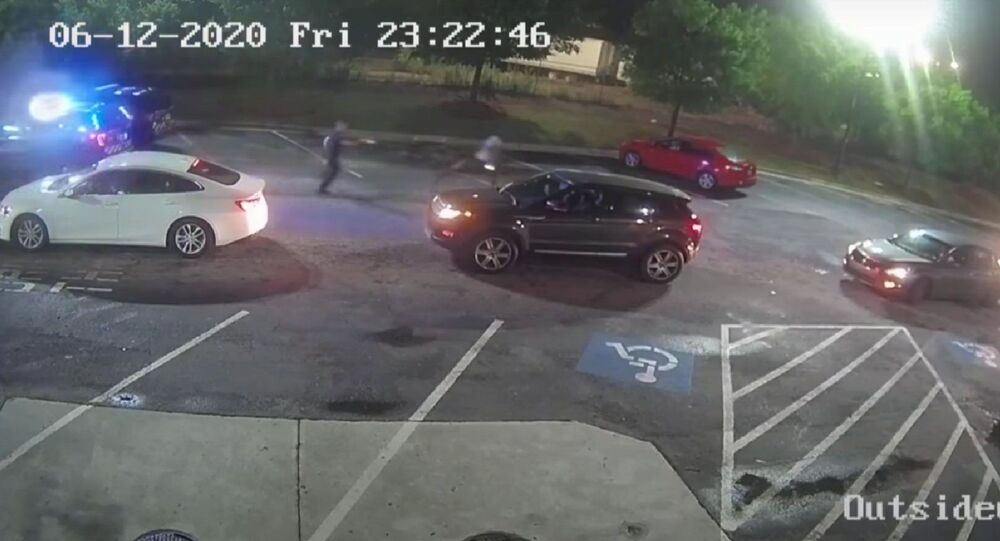 The 11 charges against Rolfe include felony murder, four counts of aggravated assault with a deadly weapon and criminal damage to property, among other charges.

Officer Devin Brosnan, who was placed on administrative leave after the fatal June 16 shooting, was hit with three charges: one count of aggravated assault and two counts of violation of oath. Howard revealed that Brosnan has since become a state witness in the case.

The Fulton District Attorney's Office is recommending that no bond be allowed, and that both officers surrender by 6 p.m. local time on Thursday.

"Mr. Brooks never presented himself as a threat," Howard told reporters. "He was cooperative. ... He did not pose an immediate threat of death."

Among other revelations made during the announcement, Howard indicated that both officers stood on Brooks' shoulders and kicked him while he lay on the ground dying.

Prior to the Wednesday announcement, Howard indicated that his decision on charging officers involved in the Brooks shooting largely depended on whether either of the cops believed Brooks to be a threat - even as he ran away from them.

The critical moment that was reviewed by officials in the case is when the fatal shots were fired by Rolfe. At the time that Rolfe discharged his department-issued firearm, Brooks was running away from him and Brosnan after a brief scuffle saw Brooks grab a hold of an officer’s stun gun.

Surveillance video of the events shows Rolfe fired his gun multiple times after Brooks briefly pointed the stun gun over his shoulder during the foot chase.

Brooks was shot twice in the back and was declared dead after being transported to a local area hospital. His death was ruled a homicide.

Police initially approached Brooks after having received a call of a man sleeping in his vehicle that was parked in the middle of a fast food restaurant’s drive-thru lane. Although body camera footage first showed Brooks calmly talking with both officers, things quickly escalated after Brooks failed a breathalyzer test and officers attempted to arrest him for suspected drunk driving.

Brooks’ shooting death came amid nationwide protests over police violence against black Americans, which were reignited following the in-custody death of George Floyd, a black Minnesota resident who died after a white police officer refused to remove his knee from Floyd’s neck.

Aside from Rolfe’s dismissal, following news of the fatal shooting, Brosnan was placed on administrative leave, and the Atlanta Police Chief Erika Shields resigned from her post.

US State of Georgia Launches Probe Into 'Unacceptable' Voting Issues