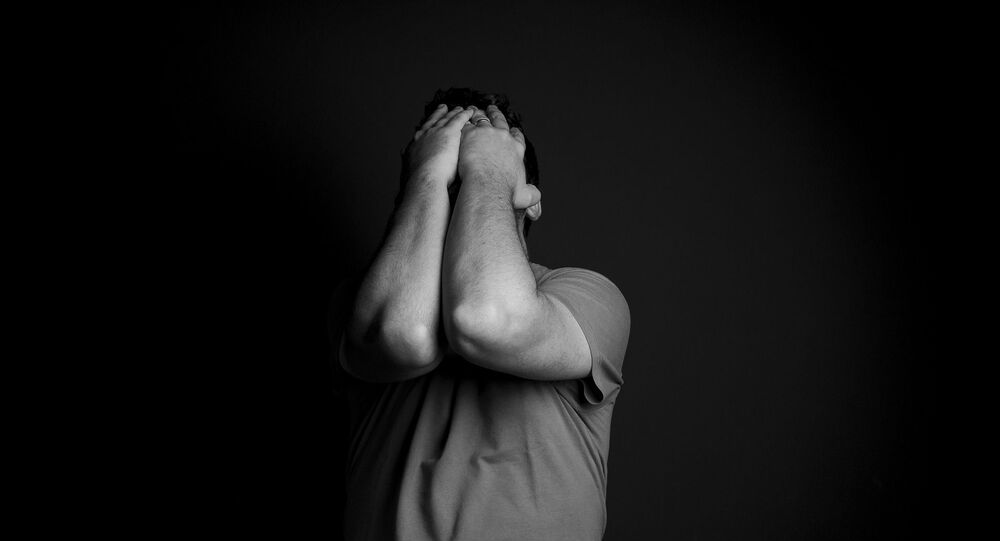 WASHINGTON (Sputnik) - Pandemic containment measures that triggered a rise in the demand for mental health care also forced innovations in treatment that could have the United States better prepared for the next pandemic, therapists told Sputnik.

Nearly 50 percent of Americans said they considered getting mental health treatment as a direct result of the pandemic, according to a Vida Health survey published earlier this year, while a recent Kaiser Foundation study found the number of people seeking therapy rose by 20% during the course of 2020.

Meanwhile, although the number of people suffering from mental illness during the pandemic has increased, the number of suicides actually dropped, The New York Times reported earlier in April based on an analysis of health agency data.

Investigators with the International COVID-19 Suicide Prevention Research Collaboration (ICSPRC) came to similar conclusions in a recent global study of suicides. They speculated that government economic rescue packages that covered mental health services may have lessened the strain of the lockdowns.

"It has revolutionized the way we do therapy," Dr. Jeff Gardere, a psychologist with a private practice in Manhattan, told Sputnik. "We’re still learning about how it’s changed our culture."

Gardere, who is also an associate professor at Touro College of Osteopathic Medicine, said COVID-19 has fundamentally altered the way Americans live – from remote working to online schooling - and, in turn, has changed the way treatment is delivered. And some of these changes, Gardere added, will likely be a part of life for the foreseeable future.

"We’re all dealing with and affected by the idea of shared space and we’re also watching a real estate revolution," Gardere said. "This scared us to death, but it is what it is. It’s not good or bad. The important thing is that we’ve adapted."

Dr. Ramel Kweku Akyirefi Smith, a clinical and sports psychologist at the University of Wisconsin-Madison, told Sputnik that he had to move quickly to adapt, which has spurred a burst of creativity and innovation in helping patients find new ways to cope mentally and emotionally.

Florida-based Marriage and Family Therapist Shari Warner said out of this new reality a number of people saw an opportunity to exploit the situation and actually flourished by discovering new skills and interests such as art, music, and writing. Some have even created their own podcasts.

Warner said Americans had to mentally deal with a "mosh pit" of issues in addition to the pandemic.

"They have had to deal with social media madness and how not to get caught up in a rabbit hole of medical, political and racial issues," Warner told Sputnik. "People had to develop mental and emotional muscles."

Gardere said the next challenge will be balancing climate change with what assuredly will be the emergence of more viruses.

"If this happened [COVID-19 outbreak] so easily, it will happen again," Gardere said. "We weren’t prepared for this. Now we’re prepared and know what it looks like."

Gardere said many of his patients, as a result of the lockdowns, are experiencing anxiety, depression, post-traumatic stress disorder (PTSD), and sleep and appetite disruptions - including overeating and excessive drinking.

He is concerned about the over-dependence on screens, devices, and the internet and the negative impact on interpersonal skills. Social distancing and quarantining, Gardere added, has also had a devastating impact on relationships.

"The inability to touch and hug people will make people more isolated and distrustful," Gardere explained.

Meanwhile, he said, anxiety and depression in children has almost quadrupled.

"We’re seeing increases in admissions and visits among teens suffering from anxiety and panic attacks," Gardere said. "Those families that already had issues with family and relationship dysfunction are struggling."

Smith said many Americans who have been unemployed are feeling like captives in their own homes. The isolation is fueling rage and anger for being bumped which has caused a deterioration in character and social coping skills, Smith added.

"I call it the COVID Effect: people are frustrated and want to fight," Smith said.

Florida-based marriage and family therapist Shari Warner said people are not used to being isolated and unable to interact on their own, which has prompted a rise in depression.

The same Kaiser survey also found that women and minorities were being impacted the most by the pandemic. Nearly 70% of women under 30 believe the COVID-19 crisis negatively affected their mental health, according to the findings.

Women are also feeling the brunt of the pandemic-induced mental illness as victims of domestic violence. Gardere said the pandemic is triggering pre-existing mental health problems which are partly responsible for a recent spike in this phenomenon.

Smith said rage driven by unemployment has made things even worse with women becoming the targets of frustration.

"It’s death by a thousand cuts," Smith said. "We’re seeing murder rates and domestic violence increase in astounding numbers. Women and other victims may be trying to survive domestic violence at home and in virtual school spaces. We saw people having sex, murders and molestation."

Although suicides in the US overall dropped last year, the rate among nonwhites rose, according to The New York Times study.

Smith noted that Black people are being disproportionately killed by the pandemic, which also has a ripple negative mental impact on families and communities.

He said significant numbers of Blacks, Latinos and women are on the frontlines in hospitals, senior citizens homes, grocery stores and retail establishments, putting themselves at risk.