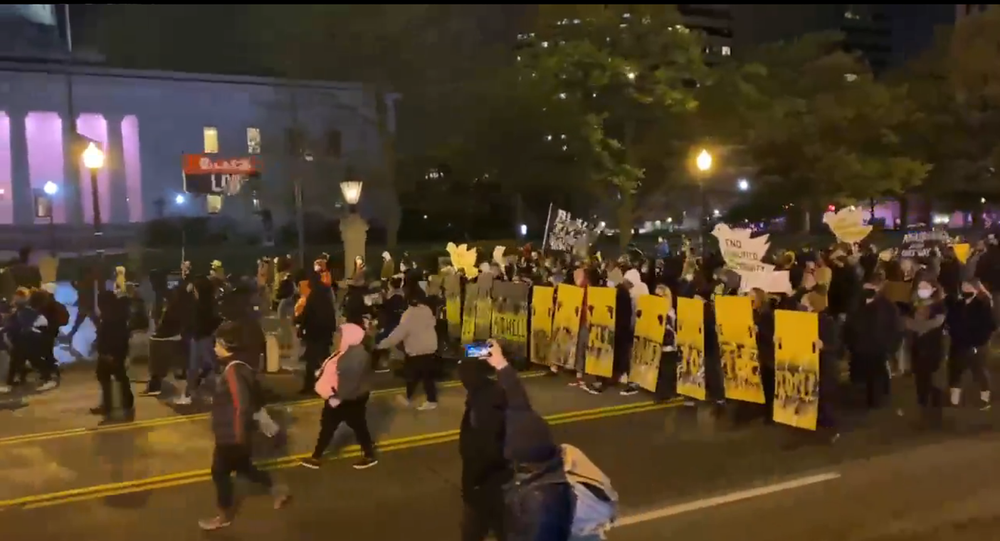 On Tuesday evening, a Columbus police officer shot and killed a black girl, Makiyah Bryant, who was said to be around 15 or 16 years old, according to conflicting local media reports. The incident took place just after the announcement of a guilty verdict in the Derek Chauvin trial over the death of George Floyd.

On Tuesday, Andrew Ginther, the mayor of Columbus, Ohio, announced that there would be "an independent investigation" into a shooting by the Columbus Police Department (CPD) in which "a young woman tragically lost her life". Ginther urged residents to remain calm.

"This afternoon a young woman tragically lost her life. We do not know all of the details. There is body-worn camera footage of the incident. We are working to review it as soon as possible. BCI is on the scene conducting an independent investigation — as they do with all CPD-involved shootings. We will share information that we can as soon as it becomes available. I’m asking for residents to remain calm and allow BCI to gather the facts," Ginther tweeted.

— as they do with all CPD-involved shootings. We will share information that we can as soon as it becomes available. I’m asking for residents to remain calm and allow BCI to gather the facts.

The message came about one hour after Ginther commented on the guilty verdict in the Derek Chauvin trial over the death of George Floyd during a fatal arrest in May 2020, calling the verdict "the best outcome following the tragic and unnecessary loss of life".

According to local media, the "young woman" in Columbus appeared to be either a 15-year-old or 16-year-old black girl, Makiyah Bryant. The difference in reported ages was explained by a journalist from WBNS-TV, who reported that the child's aunt said that the girl was 15, while the mother of the victim told journalists that Makiyah was 16.

The girl's mother told @10TV her daughter's name was Ma’Khia Bryant. Her aunt told us she was 15, but her mom says she was 16. She told @LaceyCrisp Ma'Khia was an honor roll student and a sweet child. Police shot and killed her on Legion Lane at 4:30 p.m. today. pic.twitter.com/qL4zh6uFyG

According to Fox28, the CPD shooting took place after police received a report of an attempted stabbing and were called to the 3000 block of Legion Lane at around 3:45 p.m., local time.

The Daily Beast reported, citing Makiyah's aunt, Hazel Bryant, that it was Makiyah herself who called the police over someone abusing her in her house. The aunt said, cited by the Daily Beast, that police shot the teenager four times after they saw a knife on the ground nearby. According to a statement from an eyewitness who allegedly recorded a video cited by the media, Makiyah had a knife in her hand “because somebody tried to jump her” and the officer who shot the teenager did not ask her to put the knife down.

After the news was posted online, locals gathered in downtown Columbus and near the CPD headquarters, demanding that the police and the mayor release the bodycam footage. Twitter users have shared videos said to be from the scene.

Video of the crowd marching downtown from my colleague @Bryant10TV @10TV pic.twitter.com/ENx8VTS2JQ

HAPPENING NOW: Protesters outside of Columbus police headquarters are chanting the name of Makiyah Bryant, whose family says she was the teenager shot and killed in today’s officer-involved shooting on Legion Lane. pic.twitter.com/zWAzU30bSl

People are still demonstrating through downtown Columbus. Police not too far off – but I’ve not seen any direct interactions. pic.twitter.com/lZjGlA3eKy