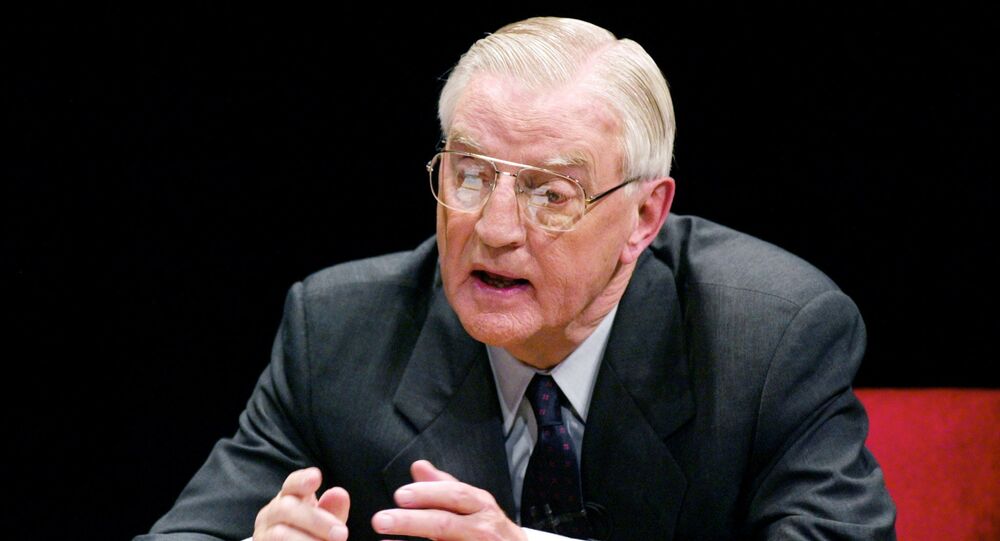 On Monday, Walter Mondale , the former US vice president during the Carter administration, passed away at the age of 93. He was the Democratic nominee in the 1984 US presidential election, but lost to Ronald Reagan.

Former US President Jimmy Carter issued a statement on Monday regarding the death of Walter Mondale, who served as vice president under Carter's administration, from 1977 to 1981.

Carter noted that he considers Mondale, often called "Fritz" by family and friends, as “the best vice president” in American history.

"Fritz use his political skill and personal integrity to transform the vice presidency into a dynamic, policy-driving force that had never been seen before and still exists today,” he noted.

Statement from Jimmy Carter on the passing of Walter Mondale is below. pic.twitter.com/SOqAmTSYo6

​Mondale died at the age of 93 in Minneapolis, according to a statement from his family, who did not reveal the cause of death.

Mondale was twice appointed Attorney General in his home state, Minnesota, in 1960 and 1964, and for many years served as US senator for the state. During his terms in the upper chamber (1964–1976), he supported a number of initiatives, including consumer protection, tax reform and measures to curb educational segregation and discrimination.

After his vice-presidency, Mondale was nominated as Democratic presidential candidate, but lost to Ronald Reagan, who won the election in a landslide.

A number of US politicians have also offered their condolences, including vice president Kamala Harris, former president Barak Obama, Republican Senator Lindsey Graham and Democratic Senator Elizabeth Warren along with other lawmakers.

Vice President Walter Mondale led an extraordinary life of service—in uniform during the Korean War, as a Senator, and as Vice President. I was able to speak with him just a few days ago and thank him for his service. I'll miss him dearly, and my heart is with his family today.

Walter Mondale championed progressive causes and changed the role of VP—so leaders like @JoeBiden could be the last ones in the room when decisions were made. In selecting Geraldine Ferraro, he also paved the way for @VP to make history. Michelle and I send prayers to his family.

Very sad to hear of the passing of former Vice President Walter Mondale. He served his country with great distinction and was passionate about his causes. A true public servant who will be missed. My prayers are with his family and friends.

Our country owes a great debt to Vice President Mondale, a real statesman who fought for civil rights and equal rights throughout his life. My heart goes out to his family and friends tonight. https://t.co/DvnwMuxFGb

I loved Walter Mondale and I’m not the only one. Mondale was a giant not only because of the positions he held—Minnesota Attorney General, U.S. Senator, Vice President, Democratic Presidential candidate and Ambassador—but because of the work that he did.

Saddened by the passing of Walter Mondale, a preacher’s son from Minnesota who dedicated his career to public service as a U.S. Senator, Vice President & Ambassador. He was a man of faith, integrity, & uncommon decency & a true champion for working families.