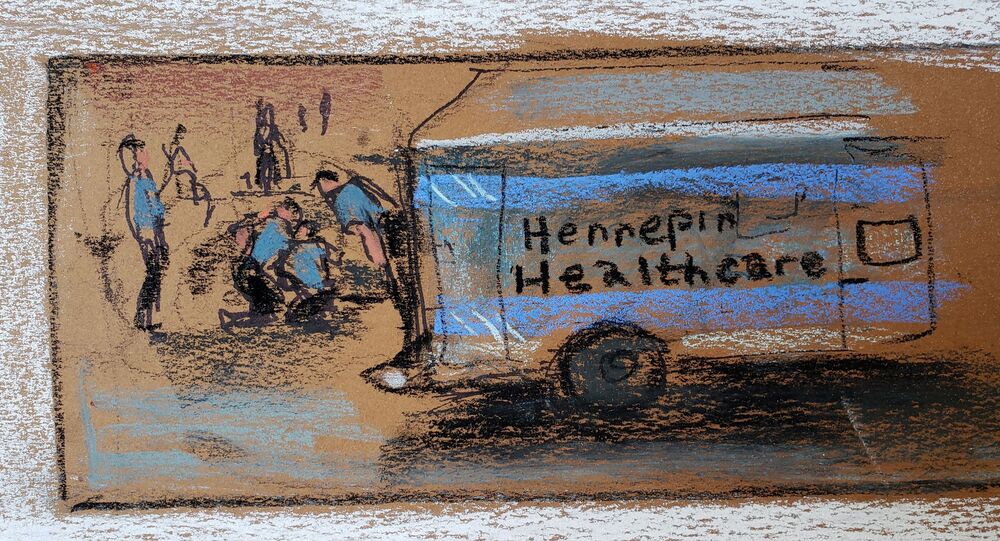 The former home of the witness was smeared after he testified for the defence in Derek Chauvin's trial in Minnesota, saying that the officers' decision to pin down and handcuff George Floyd was justified.

Vandals left a pig's head at the former house of Barry Brodd, a witness in the George Floyd murder trial. Brodd is an expert on police procedures and tactics who had testified in defence of Derek Chavin. The perpetrators, dressed all in black, smeared blood over the doorstep and left the severed head at the house in Santa Rosa, California.

According to police, a similar-looking group splattered animal blood on a statue of a hand in a nearby shopping mall, leaving a sign with a picture of a pig saying "Oink Oink".

"Mr Brodd has not lived at the residence for a number of years and is no longer a resident of California. Because Mr Brodd no longer lives in the city of Santa Rosa, it appears the victim was falsely targeted", police stated, addressing the incident.

According to the authorities, the damage to the house exceeded $400, making this attack a felony.

George Floyd died on 25 May 2020 in Minneapolis police custody. Chauvin, who was then an MPD officer, knelt on his neck for close to nine minutes during the arrest. Floyd's death triggered a wave of violent riots across the US, while Chauvin was arrested in May 2020 and put on trial. The proceedings started last month.