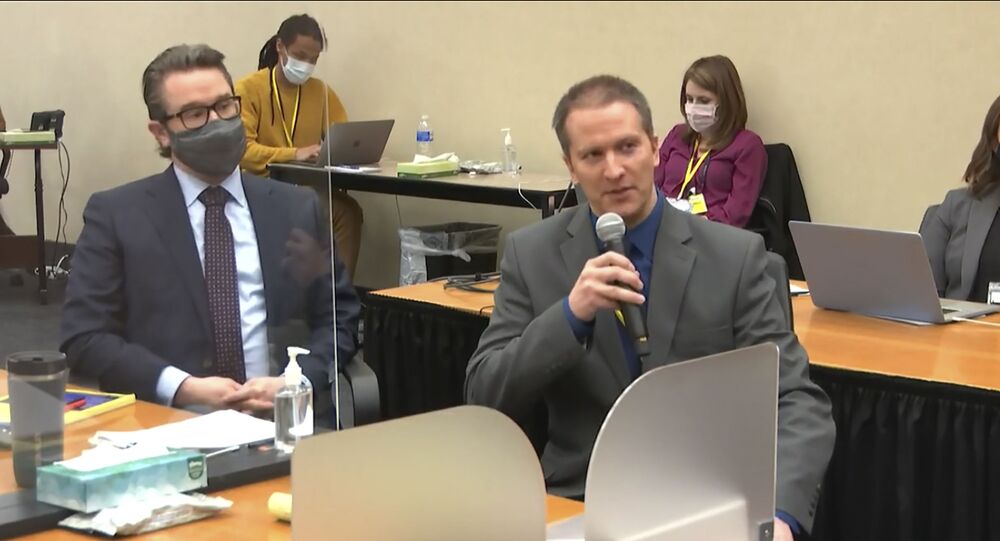 'No Promises or Threats': Derek Chauvin Pleads the Fifth

Chauvin reportedly made his decision after talking with his defense counsel, with the “open on-the-record discussion” taking place in court.

Derek Chauvin, the former US police officer currently on trial on murder charges following the killing of George Floyd last May, has announced that he will not testify in his defence, ABC News reports.

According to the media outlet, Chauvin has decided against taking the stand after an "open on-the-record discussion in court" with his defence attorney Eric Nelson, who emphasised it is Chauvin’s "decision alone."

"I will invoke my 5th Amendment privilege today," the ex-cop said.

When Judge Peter Cahill inquired whether Chauvin was pressured in any way into making this decision, he responded: "No promises or threats, your honour."

Floyd, a 46-year old African American, died on 25 May, 2020 in police custody, afte Chauvin, then an Minneapolis Police Department officer, knelt on his neck for several minutes during the arrest.

Floyd’s death triggered a wave of protests across the United States, while Chauvin was arrested in May 2020 and put on trial, which started in March.